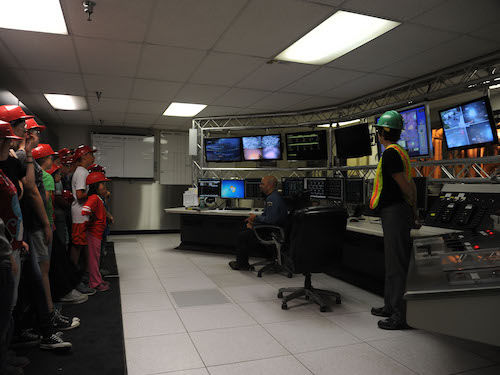 Canada’s utilities will need at least 20,500 new workers by 2022 to keep power plants and transmission systems in operation, the Electricity Human Resources Council warns in a report issued yesterday.

“Most of the new workers will be needed to replace the aging work force, but the industry is also expanding as demand for power grows thanks to battery-powered electronics, electric cars, and digital systems,” The Canadian Press reports. “The future work force is also going to have to be more agile, able to work on renewable energy sources and digital technologies that are transforming the sector at a rate it has never before seen.”

“At the end of the day we need the people to keep the power on,” said Council CEO Michelle Branigan.

“If you don’t have the right people in the right place at the right time, with the right skills, that’s where we could run into difficulty,” she added. And in a sector where jobs often require substantial technical expertise, “these people are not trained in like three months or six months and ready to hit the ground running.”

CP says the Canadian electricity sector employs 107,000 workers, and is profile is far from representative of the population as whole: only one in four workers are women, just over one in 10 are members of a visible minority, and fewer than one in 20 are below the age of 25. But while utilities need a familiar range of high-tech skills from engineers, cybersecurity specialists, and information and communication technology (ICT) staff, Branigan said they’re competing with flashier, more visible tech companies that are looking for the same work force.

Potential new employees don’t know a lot about how the electricity they need is generated, “but do you know Google, do you know Shopify, do you know these types of organizations?” she asked. “Yes, you do. Those resonate with young people. Where are they going to think about when they start thinking about an industry that is sexy and cool and is going to be exciting for them?”

At Ontario Power Generation, Human Resources Director Nirav Patel stressed the importance of promoting skilled trades as a career option, adding that utilities can offer a degree of job security that other sectors cannot. “The jobs are going to be around for a long time,” he said.