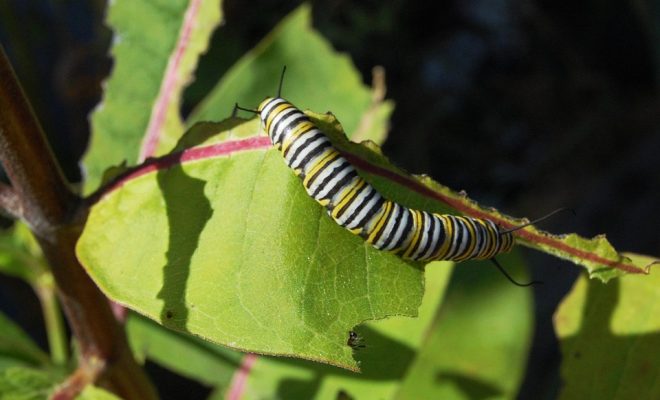 Overheating is just as hazardous to insects in shaded woodlands as it is in open grasslands, meaning they receive no respite from climate-induced warming, according to a new study from the UK that points to possible impacts on food chains that depend on the smaller creatures.

“Under global warming you would expect woodlands to have some protection for insects, a buffer against change,” said lead author James Bell of the UK’s Rothamsted Research Institute. “But we didn’t see that. It is the major surprise and is disturbing. There is really no place to hide against the effects of global warming if you are an insect in the UK.”

Based on 50 years of data, the study in the journal Global Change Biology “found that woodlands, whose shade was expected to protect species from warming temperatures, are just as affected by climate change as open grasslands,” The Guardian reports.

“The research examined records of the first springtime flights of butterflies, moths, and aphids and the first eggs of birds between 1965 and 2012,” the paper explains. “As average temperatures have risen, aphids are now emerging a month earlier, and birds are laying eggs a week earlier. The scientists said this could mean animals were becoming ‘out of sync’ with their prey, with potentially serious ramifications for ecosystems.”

The Guardian cites other recent research that points to the potential for ecosystem collapse [2] triggered by alarming declines [3] in insect populations. “Birds are at the top of many food chains and are sensitive to the impacts of climate change on the availability of their insect prey,” said James Pearce-Higgins of the British Trust for Ornithology, in response to the latest study.

The study also found that insects and birds living on farmland are emerging later in the season, not earlier, as the researchers expected. “We can only assume this is to do with other, non-climate factors,” like loss of wild areas, changing crop types, or declining availability of food.

Bell said the shifts among species are having an impact on farming, “with aphids arriving earlier but potato crops being planted later due to wetter winters. This combination meant the aphids, which transmit viruses, were attacking much younger plants,” The Guardian states.

“Plants are just like babies, with very poorly developed immune systems, so when a virus is transmitted into a young potato plant it has a much greater effect,” Bell said.

Wildlife are also seeing the effects. “For example, the leafing date of the oak tree determines when the caterpillars will appear, and that determines when blue tits that feed on caterpillars lay their first egg,” he said. “If they become desynchronized, it has cascading effects through the food chain, leading to fewer eggs, and this has been seen.”