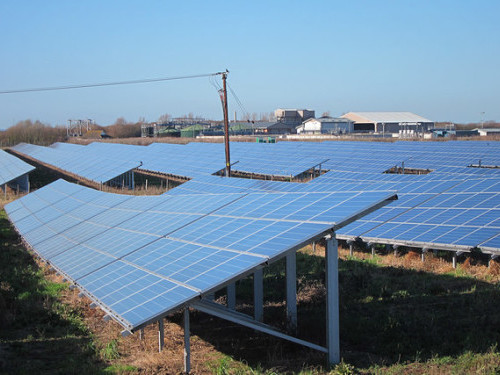 A new, 120-megawatt solar farm in southern Idaho is on track to deliver electricity at prices started at 2.175 cents per kilowatt-hour, believed to be the lowest ever for a U.S. project.

“Idaho Power signed a 20-year Power Purchase Agreement (PPA) with Idaho-based Jackpot Holdings for the power generated from a solar power project to be built south of Twin Falls, and which will help the company replace power produced from the North Valmy coal-fired power plant in Nevada,” RenewEconomy reports. The project is expected to go online in 2022 and feed an existing transmission line from the coal plant.

The power price is “one of the lowest-cost solar contracts of its size that has been publicly reported,” below PPA bids of 2.375¢ in Nevada, 2.49¢ in Arizona, and 2.5¢ in Austin, Texas.

“Today’s announcement reflects Idaho Power’s commitment to resources that balance environmental stewardship with affordability and reliability,” said Idaho Power President and CEO Darrel Anderson. “This deal will provide energy that is not only clean but is also at a cost that benefits our customers.”

The company has already reduced its carbon intensity by nearly half since 2005.

The utility also announced a 2045 deadline to delivery 100% of its electricity from clean sources, RenewEconomy notes. “This decision makes Idaho Power one of the first publicly-owned energy companies to set a goal for reaching 100% clean energy, and doubles down on the company’s existing Path Away From Coal, which will see the company part ways with two of its three coal-fired power plants by 2025, as it explores ending its participation with the third and final plant.”

“Providing 100% clean energy is an important goal for Idaho Power. More and more customers are telling us it is important to them, too,” Anderson said, and “we believe this goal is attainable. We have a great head start, thanks to our clean hydropower plants that produce almost half the energy our customers use. Our recently-signed agreement with Jackpot Holdings moves us even closer.”

“This plan demonstrates Idaho Power’s commitment to doing what’s right for customers’ pocketbooks and the environment,” added Idaho Governor Brad Little. “It also shows innovation can improve our lives with solutions that are reasonably priced, responsible, and delivered without government intrusion.”