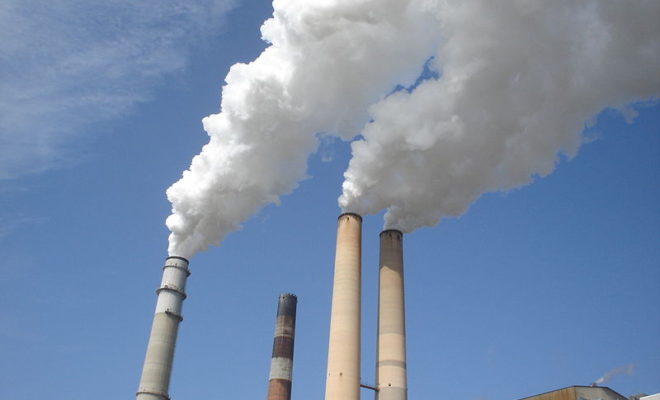 “We are in deep trouble,” said Stanford University Earth system scientist Rob Jackson. “The climate consequences are catastrophic. I don’t use any word like that very often. But we are headed for disaster, and nobody seems to be able to slow things down.”

With few countries living up to their commitments under the Paris Agreement, “the growth in fossils is still greater than all the increases in renewables,” he added. “What’s discouraging is that emissions in the U.S. and Europe are going up, too. Someone has to decrease their emissions significantly for us to have any hope of meeting the Paris commitments.”

The IEA figures show coal use rising in 2018, the same year the Intergovernmental Panel on Climate Change called [2] for a 78% consumption drop in a dozen years as part of the effort to hold average global warming to 1.5°C. Reuters says [3] Asia accounted for the largest share of the increase in coal consumption and overall energy demand.

“Energy-related CO2 emissions rose by 1.7% to 33.1 billion tonnes from the previous year, the highest rate of growth since 2013, with the power sector accounting for almost two-thirds of this growth,” the news agency reports, citing the IEA. “The United States’ CO2 emissions grew by 3.1% in 2018, reversing a decline a year earlier, while China’s emissions rose by 2.5% and India’s by 4.5%. Europe’s emissions fell by 1.3% and Japan’s fell for the fifth year running.”

“We have seen an extraordinary increase in global energy demand in 2018, growing at its fastest pace this decade,” said IEA Executive Director Fatih Birol. “Despite major growth in renewables, global emissions are still rising, demonstrating once again that more urgent action is needed on all fronts.”

“To me, all this reflects the fact that climate policies around the globe, despite some limited pockets of progress, remain woefully inadequate,” Michael Mehling, deputy director of the MIT Center for Energy and Environmental Policy Research, told the Post. “They’re not even robust enough to offset the increased emissions from economic expansion, especially in the developing world, let alone to spur decarbonization at levels commensurate with the temperature stabilization goals we’ve committed to under the Paris Agreement.” Reuters says this year’s IEA report was the first to assess the impact of fossil energy on global temperature increases, attributing 0.3°C of the first 1.0° in average global warming to coal.

[…] global greenhouse gas emissions increased by 1.7% in 2018, driven largely by China, India, and the United States, the European Union fared […]