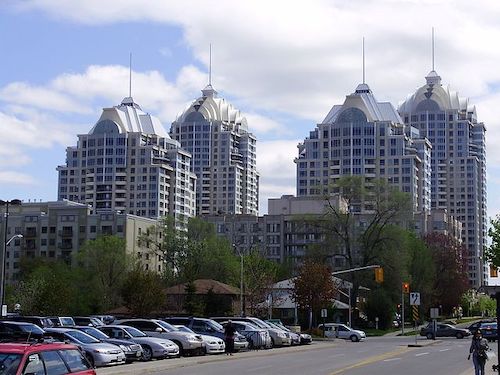 The Atmospheric Fund (TAF) and its local partners are taking a victory lap after the federal budget included C$183 million for Low Carbon Cities Canada (LC3), a permanent revolving fund that will support local climate action plans in cities across the country.

“We’re so grateful for this visionary investment from the federal government,” TAF CEO Julia Langer said in a release. “With this strategic investment, we can do so much more to accelerate projects that bring down carbon emissions and improve people’s health, create new green jobs, and contribute to a more fair and equitable society.”

The release says TAF will serve as the local centre for the Greater Toronto and Hamilton Area (GTHA), while the Federation of Canadian Municipalities steps up as national partner. The other participating communities include Vancouver and the Lower Mainland, Edmonton, Calgary, Ottawa, the Montreal Metropolitan Community, and the Halifax region.

“Federal funding will be invested on a revolving basis—following the TAF model—and the original value of the capital will be maintained,” the release states.

TAF added that the infusion of federal of funds will help drive low-carbon initiatives beyond stand-alone projects.

The Ottawa Community Foundation welcomed the announcement and local funding in a separate release.“The urgency for action on climate change has never been greater, and Ottawa will play a critical role,” said [2] Grants and Community Knowledge Director Rebecca Aird. “We’re grateful for this important strategic investment by our federal government that will unleash local action to significantly lower carbon emissions, while also contributing to socio-economic vitality. This financial support will be a legacy for decades to come.”