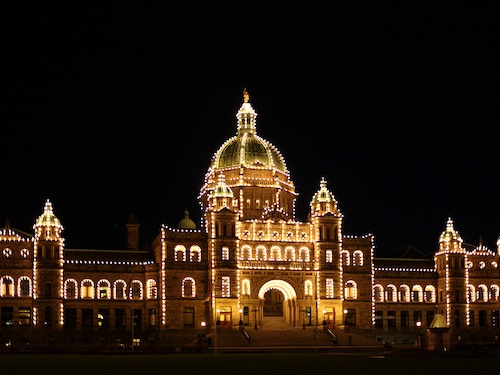 The British Columbia government is getting strong positive reviews for a provincial budget that allocates $902 million over three years to fully fund its CleanBC climate program.

The province’s 2019 budget, released Tuesday, “looks ahead into the 21st century to unlock the potential of a green economy,” said Finance Minister Carole James. “It asks ourselves what kind of environment, what kind of province we want to live in and what kind of world our children and grandchildren will inherit.”

“The investment of almost $1 billion over the fiscal plan goes a long way to putting us on track to meet our targets,” added B.C. Green leader Andrew Weaver, whose three-member caucus in the provincial legislature lends crucial voting support to Premier John Horgan’s minority government.

“The measures, which are part of the CleanBC plan to reduce carbon pollution in B.C. by 40% by 2030, include money for incentives offered to people who retrofit their homes or buy low-emission cars,” National Observer reports. “The province’s carbon emissions in 2016 were about 62 megatonnes, nearly one-tenth the national total of 704 megatonnes.”

The budget includes $168 million in carbon reduction incentives for industry, $111 million for wildfire response and prevention, $107 million for zero-emission vehicle (ZEV) incentives, $58 million for energy-efficient buildings, $18 million for off-diesel initiatives in Indigenous and remote communities, $13 million for reforestation, and another $299 million for further programming that has yet to be defined. Individual British Columbians will receive rebates of up to $6,000 for ZEV purchases and $14,000 for home retrofits.

James and Weaver both linked the budget to the climate crisis.

“The increase in catastrophic wildfires and devastating floods over the past two years weigh heavily on our hearts and minds,” James said. “This past summer, when B.C. was blanketed by a dark, smoky sky, I heard many people wonder out loud if this is what we can expect for our future. British Columbians from all political stripes recognize the threat posed to our province by climate change.”

“Preparing for the future will continue to be a challenge. We know that climate change threatens every aspect of life in our province,” Weaver added. “Government must recognize this threat and allocate funding to address the unavoidable increase in natural disasters.”

The budget also includes a promise to share $3 billion in gam(bl)ing revenue with First Nations over the next 25 years, with James reiterating the government’s pledge to legislate implementation of the UN Declaration on the Rights of Indigenous Peoples, Observer notes.

“British Columbians should be excited by this budget because it supports them upgrading their lives in ways that not only cut carbon pollution but also lower monthly energy bills—like more efficient homes and electric cars,” he told Observer. “There are also other benefits…in terms of creating new business and job opportunities as well as looking for opportunities to approve the affordability for people living in B.C.,” he added. “When we can marry these two things, you expand the constituency of British Columbians who are going to be supportive of continuing down this path, regardless of who forms government.”

BC Federation of Labour President Laird Cronk “applauded the CleanBC spending, which he said will create new, green jobs,” the Globe and Mail reports [2]. “They have made bold steps and they are paying off, but we need to give it some time,” Cronk said.

Pembina Institute B.C. Director Karen Tam Wu said the $902 million over three years represents the province’s biggest annual climate action investment ever. “B.C. has set off on a climate action marathon, and the 2019 budget marks an early milestone,” she said in a release. “The budget will make clean choices more accessible for B.C. families, communities, and businesses. The challenge is to translate this into British Columbians clamouring to retrofit their homes and buildings to improve energy efficiency, heat pumps becoming the norm, and increasing numbers of electric cars being sold and purchased. We need to see cleantech solutions deployed at gas fields and mine sites, and growth in the number and types of green jobs available.”

She pointed to the funds the budget allocates for outreach, education, skills training, and government leadership, as well as $3 million to track and report progress toward the province’s climate targets.