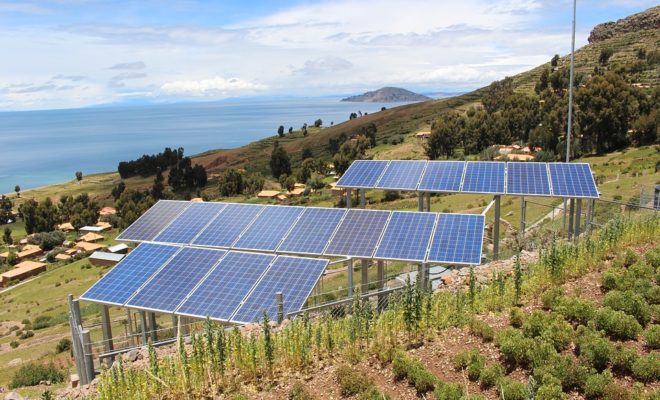 Alberta will double its solar capacity and save C$3.9 million per year after commissioning 94 megawatts of new generation under a 20-year contract with Canadian Solar Solutions and Conklin Metis Local 193, which has a 50% equity stake in the project.

The contract calls for a $100-million investment in three new solar farms near the southeast Alberta communities of Hays, Tilley, and Jenner.

“This was a process where we went out and said to the market, ‘What can you bring us?’ And the market returned with something historic,” said Environment Minister Shannon Phillips. “I believe that this is only the beginning for large-scale solar electricity production here in Alberta.”

While Alberta committed in 2016 to boost the renewable share of the provincial power grid to 30% by 2030, Phillips said the Notley government was determined to get the job done without subsidies or carbon tax revenues. “I said directly to them, if it turns out that you guys can’t compete, and it’s too expensive, we won’t do it,” she told media last week. “Well, it turns out they can compete and it’s not more expensive.”

The three facilities, with enough combined capacity to power 20,000 Alberta homes, “are expected to begin construction in the spring of 2020 and come online in 2021,” the Calgary Herald reports. “Canadian Solar Solutions director of business development Ryan Tourigny said 270 jobs will be created in southeast Alberta during the construction phase.”

Canadian Solar Industries Association President and CEO John Gorman pointed to the record-low price from Canadian Solar Solutions as evidence that solar and wind “are now the two lowest-cost sources of electricity in the province,” the Herald adds. “While wind is still the cheapest source of renewable energy, he said, solar has an advantage in that it feeds into the power pool during daylight hours when prices are the highest.”

“We see great potential in the Alberta solar market, and we’re pleased to supply subsidy-free solar power to meet Alberta’s clean energy needs,” said [2] Canadian Solar Chair and CEO Shawn Qu. “We hope these 94 MWp solar project contracts serve as a catalyst for solar industry growth in Canada, specifically in Alberta,” and “we are delighted to partner with Conklin Métis Local 193.”

“We are extremely excited about our partnership with Canadian Solar,” said Local 193 President Shirley Tremblay. “As a Métis community, we highly value the opportunity to invest in renewable energy projects in Canada. This partnership will help us diversify our investment portfolio, and its financial benefits will support key social and economic initiatives within our community.”