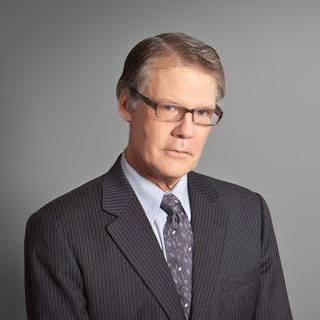 A retired lawyer from Vancouver is risking a 28-day prison sentence to test the necessity defence as a legal strategy to block fossil projects that would drive up the greenhouse gas emissions that cause climate change.

David Gooderham, 73, was arrested August 20, 2018 and accused of violating an injunction during the blockade at the Trans Mountain construction site in Burnaby, British Columbia, National Observer reports. “Gooderham admitted that he sat in the path of workers who were trying to get to the pipeline,” Observer states. “But he said he did so expressly for the purpose of trying to present the court with a ‘defence of necessity’.”

That defence is allowed in cases of “imminent peril” when an offence can be “justified by the pursuit of some greater good,” Observer adds, citing a 1984 Supreme Court of Canada ruling.

“Gooderham and Keegan Pepper-Smith, a lawyer in the B.C. office of Ecojustice, say a defence of necessity has never succeeded in a Canadian case involving environmental protests,” Observer notes. “And in this case, Justice Kenneth Affleck of the Supreme Court of British Columbia ultimately dismissed Gooderham’s application to present the defence.”

But with that action, “the judge opened a path to the British Columbia Court of Appeal, which Gooderham says is where the case belongs.” He’s called it “the perfect venue for arguing an issue that no one wants to talk about, otherwise.”

When Affleck turned down Gooderham’s application January 17, he said he didn’t want his courtroom “transformed into an inquiry into the wisdom of federal government involvement with the enhancement of the Trans Mountain Pipeline; the extent of and nature of the impact of the petroleum transported through that intended pipeline on climate change, and its potential threat to human life.” He added that “I am not willing to permit this Court’s resources on these trials to be drawn into that controversy.”

In his interview with Observer, Gooderham countered that “nobody wants to talk about this. But there is no better institution than the court, because people have to tell the truth.”

Observer adds that Gooderham “seems both the last person who would get involved in this kind of protest and, at the same time, the perfect person to carry it forward. Before retiring in 2012, he spent 35 years at one of Vancouver’s most prestigious law firms—for the last many years specializing in appeals. So, though he is new to environmental protest, courts of appeal are where he feels most at home.”

He sees them as a venue where “there is much more room for reflection,” and “far removed from the anger and disdain” he noted in Affleck’s court.

Gooderham’s case is backed by a 119-page Outline of Proposed Evidence [2] that he began drafting in June 2018, hoping it could support the defence of someone who was already facing a court hearing. By mid-summer, he concluded he would have to get arrested himself and began working with Martin Peters, a defence lawyer assisting other Trans Mountain protesters, to prepare his case. The Observer article includes a detailed description of what happened next.

Gooderham and his co-accused, retired high school science teacher Jennifer Nathan, expect to be convicted and sentenced when they return to court March 11. After that, they’ll file an appeal that will likely be heard by a three-judge panel in the fall. Along the way, they hope to challenge Affleck’s finding that the “imminent peril” of climate change is not already upon us.

Beyond that, “as a matter of clarity—and in defence of a reputation won in a lifetime of work before the courts—Gooderham said he also wants to challenge the notion that he is guilty of ‘contempt’ for the court system,” Observer notes. “On the contrary, he said, his intervention reflects the highest regard for what he calls ‘the genius of the law’ to address—and perhaps even solve—the most complicated of issues.”

Bravo. Thank you for your Outline and your selflessness.

Good on you Sir. In addition to climate concerns, moving ever increasing quantities of diluent bitumen through earthquake prone BC coastal , Burrard Inlet, and the Salish Sea is a threat to the entire West Coast.

At last this is going to happen. Common sense truth & science.

Bravo. Thank you both for your courage and convictions and willingness to act on them