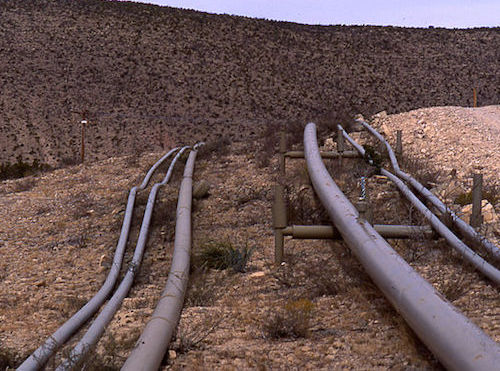 The Atlantic Coast project was originally to be complete by mid-2019, at a cost of US$6.0 to $6.5 billion plus financing, Reuters reports. Two reannouncements later, Dominion Energy now places the deadline at 2021, and has boosted the estimated price to between $7 and $7.5 billion.

The latest twist came last week, when a U.S. appeals court “stayed a previous court decision against U.S. Forest Service permits that allowed Dominion to build the Atlantic Coast pipeline across national forests and the Appalachian Trail,” Reuters notes. “Dominion said it expects construction could recommence on the full 600-mile (966-kilometre) pipeline route during the third quarter of 2019, with partial in-service in late 2020.”

A court had previously “stayed a permit from the U.S. Fish and Wildlife Service that authorized the pipe to be built in areas inhabited by threatened or endangered species,” the news agency adds.

Meanwhile, “EQM Midstream Partners LP is facing similar challenges in its quest to build the Mountain Valley gas pipe from West Virginia to Virginia, which is now at least $1 billion over budget and a year behind schedule,” Reuters writes.