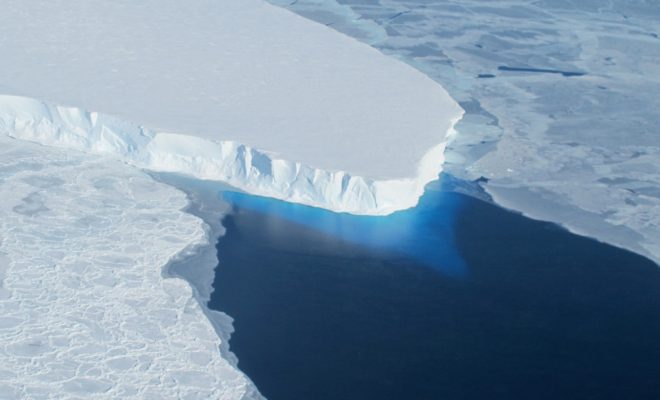 An influx of warm ocean water has boosted the rate of Antarctic ice loss six-fold over the last 40 years, in what the Washington Post calls a “startling new finding” that “could mean sea levels are poised to rise more quickly than predicted in coming decades.”

The continent lost 40 billion tons of melting ice per year between 1979 and 1989, according to a new study in the Proceedings of the National Academy of Sciences, compared to 252 billion tons per year beginning in 2009. The Post says 360 billion tons of ice equate to a millimetre of global sea level rise, and Antarctica as a whole contains enough ice to produce 57.2 metres of rise.

“I don’t want to be alarmist,” said lead author and Earth systems scientist Eric Rignot. But “the places undergoing changes in Antarctica are not limited to just a couple places,” and “they seem to be more extensive than what we thought. That, to me, seems to be reason for concern.”

Scientists have already predicted sea level rise of nearly three feet (0.91 metres) by 2100 unless humanity acts swiftly to drastically reduce the greenhouse gas emissions that cause climate change. “But in recent years, there has been growing concern that the Antarctic could push that even higher,” the Post notes. “That kind of sea-level rise would result in the inundation of island communities around the globe, devastating wildlife habitats and threatening drinking water supplies. Global sea levels have already risen seven to eight inches since 1900.”

The Post explains that the “outward ice flow is normal and natural, and it is typically offset by some two trillion tons of snowfall atop Antarctica each year, a process that on its own would leave Earth’s sea level relatively unchanged.” But with the ice flow speeding up, the new snow entering the system can’t keep up.

While West Antarctica “is the continent’s major ice loser,” the Post states, the eastern part of the continent—which contains by far the most ice—also faces serious melting.

“It has been known for some time that the West Antarctic and Antarctic Peninsula have been losing mass, but discovering that significant mass loss is also occurring in the East Antarctic is really important because there’s such a large volume of sea level equivalent contained in those basins,” said University of Waterloo glacier specialist Christine Dow. “It shows that we can’t ignore the East Antarctic and need to focus in on the areas that are losing mass most quickly, particularly those with reverse bed slopes that could result in rapid ice disintegration and sea level rise.”

Rignot added that “the traditional view from many decades ago is that nothing much is happening in East Antarctica,” but that’s “a little bit like wishful thinking.”