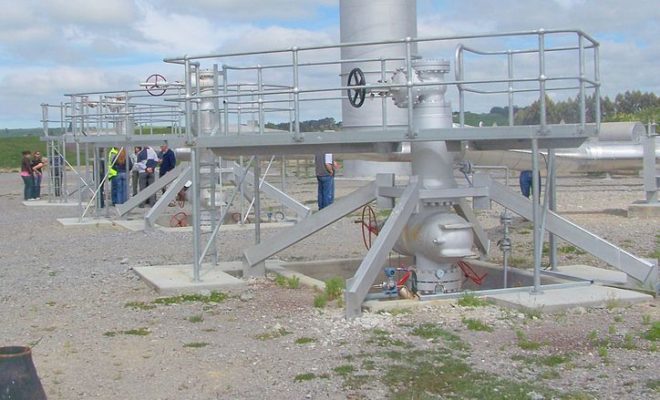 Prime Minister Justin Trudeau announced the geothermal investment in Estevan, where DEEP Earth Energy Production Corporation “is moving onto the next phase after a test that saw the deepest well in Saskatchewan history successfully drilled,” CBC reports, citing company CEO Kirsten Marcia. “The second phase involves having a production well and an injection well running in a loop to help determine the next stage of drilling and other aspects of the plant.”

The federal funds cover about half of the company’s costs for the second phase of the project. The plant will initially generate five megawatts of clean electricity, enough to power about 5,000 homes and offset 27,000 tonnes of carbon dioxide per year.

“We’re thrilled to have this confidence in this project to see it forward,” Marcia said. “To have this support means the project will be a success.” She added that the installation relies on “world-class conventional oil and gas drilling technology, and we’re pairing that with an off-the-shelf-surface technology.”

The funding to Enwave supports a system that already cuts energy costs in parts of downtown Toronto by 80%, using water from the depths of Lake Ontario to cool hospitals, government buildings, educational institutions, and other high-rise towers, National Observer reports [2].

“The investment will help Enwave expand the capacity of its industry-leading DLWC [Deep Lake Water Cooling] system and serve sustainable cooling to an additional two million square metres of floor space—the equivalent of 40 to 50 buildings,” the company states [3] in a release. “The project will reduce greenhouse gas emissions, reduce strain on the electricity and water systems, help support and attract new development, and make the city more resilient.”

“We need to tackle climate change with smart solutions while making life affordable and creating jobs,” said Environment and Climate Minister Catherine McKenna, adding that the injection of funds will help Enwave “do things in a better, cheaper, cleaner way.”