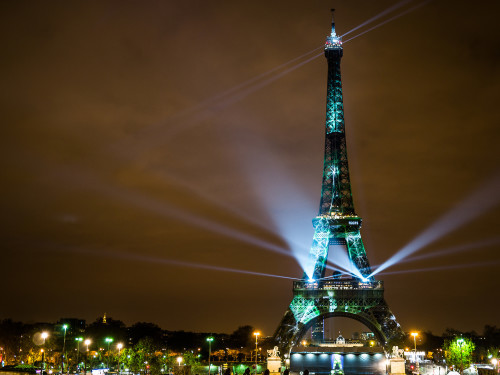 A petition protesting France’s failure to honour its commitments under the 2015 Paris Agreement has collected nearly two million signatures in one week, making it the country’s most popular sign-on ever—far exceeding the tally for the country’s well-publicized gilets jaunes (Yellow Vests) movement, at just over a million.

“It is wonderful that there is an awakening from citizens,” said actress Marion Cotillard, one of several celebrities who’ve signed. “But the task is so big that people are in a state of shock. This is why governments, which we elected, need to set the example.”

She added that “we cannot ask people to change their consumption habits if we don’t help them. We cannot ask farmers to transition to organic farming if we don’t support them.”

After putting in a monumental effort to host the 2015 United Nations climate conference in Paris (COP 21), France pledged to reduce its own greenhouse gas emissions 40% by 2030. Just over three years later, “the country is nowhere near fulfilling its pledge,” RFI notes. “On the contrary, carbon emissions have gone up in 2016 and 2017, according to the ministry for energy transition.”

The four NGOs say they’ll go to court if the government doesn’t meet a stringent deadline for responding to the petition. “If in two months we don’t have an answer from the French government, or if we are not satisfied by the answer, then we can go to the administrative court to ask judges to order it to do more to tackle climate change,” said Greenpeace France Executive Director Jean-François Julliard.

The precedent for that action would be an October, 2018 appeal court judgement [2] that upheld an earlier, landmark ruling requiring the Netherlands government to accelerate its greenhouse gas emission reductions.

In mid-December, Climate Liability News reported [3] the four organizations had taken a first step toward legal action “by sending a letter of formal notice to Prime Minister Edouard Philippe and 12 members of the government. The letter describes climate impacts that France is already experiencing and explains how the government’s failure to take action endangers the welfare of French citizens. The request further urges the government to adopt specific climate adaptation and mitigation strategies.”

This is surely the only way things are going to get done and not only in France. Please keep a close watch on this story.