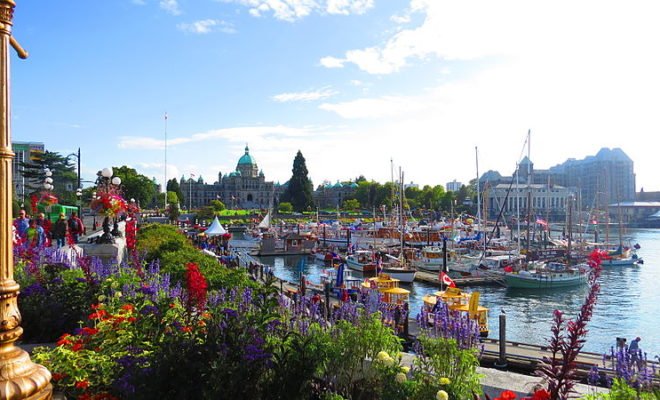 Victoria, British Columbia is stepping into the spotlight as one of the 16 municipalities across the province asking fossil producers to cover their share of the cost of the climate impacts communities can expect to encounter in this century.

Mayor Lisa Helps said the coastal city crunched the numbers in 2015 and determined that storm surges, combined with the one metre of sea level rise anticipated by 2100, will produce business disruption worth C$415,557 per day.

“We’re actively working through our climate leadership plan to reduce our reliance on fossil fuels, but in the interim, there are real costs to taxpayers,” Helps told The Canadian Press late last year. “It’s pretty fair to say, ‘You caused this, you need to help us mitigate the cost,’ even as we all—energy companies and cities—work toward a renewable energy future.”

Helps was the second B.C. mayor to generate headlines in December as part of a climate accountability letter campaign initiated by West Coast Environmental Law (WCEL). Most of the letters have been aimed at the world’s 19 biggest fossils, none of them Canadian. But the Alberta oilpatch reacted poorly [2] in mid-December, going to the overwrought extreme of boycotting an industry conference in the ski resort town of Whistler, after Mayor Jack Crompton asked Canadian Natural Resources Ltd. to cover its share of the cost.

“As a town with a population of less than 15,000 people, this is a significant cost to bear along with costs associated with impacts to winter and summer sports tourism,” he wrote [3] November 15. He explained that modelling shows higher winter temperatures and more rain for his community, “and less snow on the lower half of the ski areas. Our modelling also shows that summer seasons are becoming longer, hotter, and drier, resulting in increased risk of forest fires.”

The result: Whistler expects to have to invest an extra C$1.4 million per year in wildfire protection for at least the next 40 years.

WCEL staff lawyer Andrew Gage said the momentum behind the accountability letters has been building, stressing that “it’s not about handing the entire bill to fossil fuel producers, but seeking a reasonable contribution relative to a company’s pollution,” CP reports.

“No one is saying the individual consumer bears no responsibility. It’s a question of what the relative responsibility is,” Gage said.

[…] on the province to clarify the requirements for climate lawsuits against fossil companies, while Victoria decided to pursue both litigation and legislation. Late last year, fossils went over the top in […]