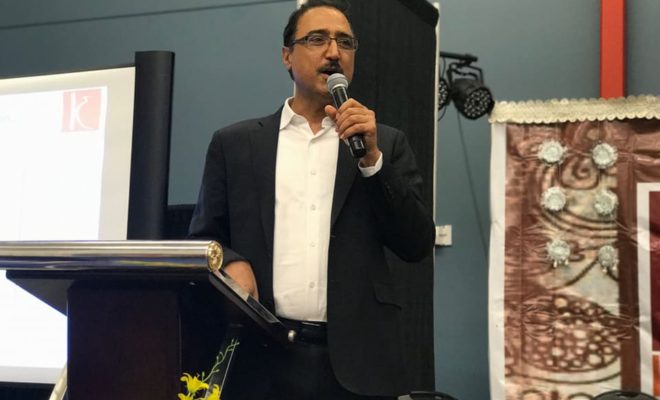 The offer, almost all of it in the form of loans, includes about $1 billion in commercial financing incentives through Export Development Canada, $500 million over three years in Business Development Bank of Canada financing to support smaller, “higher risk but viable” fossils stay in business, and $50 million through the federal Clean Growth Program.

“We understand when Alberta hurts, so too does the rest of Canada,” said Sohi, an Edmonton-area MP and former city councillor first elected to the Commons in 2015.

No one from Alberta Premier Rachel Notley’s office attended the announcement. But she was sharply critical during a separate appearance later in the day, adding that she assumed the $1.6 billion is just the first part of a bigger offer.

“We didn’t ask for the opportunity to go further into debt as a means of addressing this problem. What we asked for was for them to remove the handcuffs,” she said [2]. While the funds will help some smaller producers weather the industry’s current market challenges [3], “we don’t need help finding more markets,” she added. “We need help moving our product, and I don’t know that we could have been much more clear about that.”

Canadian Association of Petroleum Producers CEO Tim McMillan said the industry wasn’t looking for federal program funds. “We’re a job-creating industry and an investment attractive industry if we can get our fundamental building blocks right, and that’s what we’ll continue to push for.” (A growing proportion of investors might disagree [4].)

BMO Capital Markets financial analyst Randy Ollenberger said the programs would be most useful to smaller companies in the Alberta oilpatch. “If you can’t physically export, what difference does it make?” he asked. “This is a globally traded product and we just have to be able to move it to that market.”

By and large, Sohi agreed. “I am an Albertan. I have lived here for 34 years and I know people who are struggling,” he said. “The lack of ability to build pipelines in Canada is something we need to fix.”

Earlier Tuesday, 2,700 people rallied [5] in Calgary in support of the fossil industry, with participants booing Mayor Naheed Nenshi when he spoke French in a speech segment directed at Quebec.

Alberta needs to wake up to the reality of climate change. It is critical that Canada take immediate action to reduce greenhouse gas emissions, starting with the Tar Sands. We cannot create a safe future for the planet and our children by continuing to extract and burn fossil fuels.