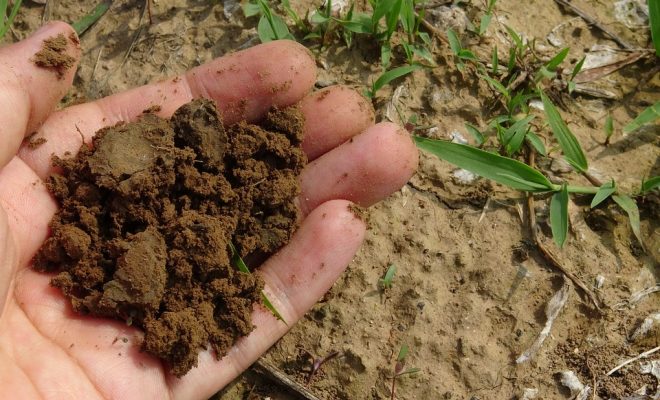 A new focus on soil and carbon performance could make the 2018 Farm Bill adopted December 12 by the U.S. Congress an important tool in the effort to rein the country’s greenhouse gas emissions.

The bill “designates funding for a pilot project to incentivize farmers to adopt practices that improve soil health and increase carbon levels, while establishing protocols for measuring the gains in soil carbon resulting from those practices,” writes Nicole Lederer, chair and co-founder of Environmental Entrepreneurs (E2). “This is a crucial step toward monetizing a new agricultural product — carbon capture and storage.”

The provision delivers direct benefits to the coalition of farm, business, and environmental groups that supported it while “simultaneously helping protect the natural systems on which they all depend,” she adds.

“The climate impact of farming can go both ways. Through high-level use of fossil fuel-intensive pesticides, fertilizers, and field machinery, agriculture contributes significantly to carbon emissions,” Lederer explains. “But by deploying smart cultivation practices like reduced tillage, cover crops, and crop rotation, farmers can also capture carbon from the atmosphere and store it in the soil.”

Beyond the carbon benefit, “healthier, carbon-rich soils require far less of those expensive fossil fuel-laden chemical inputs and improves soil’s overall health, leading to greater crop quality, yield, and resilience to drought and flooding,” she adds. “And in the process, farmers will save money by breaking away from practices that have held them in a tightening cycle of soaring expenses to compensate for soil degradation.”

On the Common Dreams newsletter, meanwhile, New York-based author and journalist Alison Rose Levy points [2] to regenerative agriculture as a possible key to the Green New Deal now being promoted by newly-elected legislators like Alexandria Ocasio-Cortez (D-NY). She says the new land management practices that cluster under that heading could reduce or eliminate methane emissions from industrial agriculture, sequester atmospheric carbon in soil, and restore damaged land so that “it will no longer release carbon, evaporate water, flood, burn, or contaminate plants grown on it. This is a major way to prevent both climate change and other future disruptions.”

“Over the last few decades, organic food farmers and land managers have pioneered an agricultural and business plan for growing healthier, more nutrient-dense foods while restoring damaged lands to a natural carbon-storing ecology,” she adds. “Putting a price on carbon may provide a temporary economic incentive to reduce fuel use, but it’s far from a comprehensive, long-term solution. It turns out that the Earth itself is the best and most climate-saving carbon bank. Holding carbon is what soil naturally does— and the interest the greater public can draw from this bank is healthy food for all.”