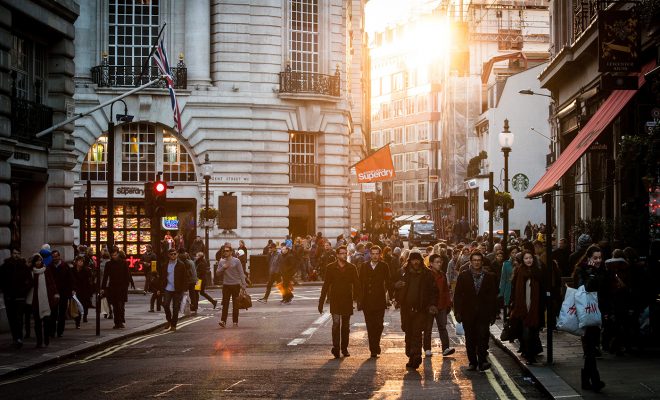 Sub-national and municipal governments continued to take an outsized role in 2018 in setting ambitious targets to reduce carbon pollution and drive a transition to renewable energy.

The year saw some acknowledgement [1] that cities, regions, and private businesses won’t be able to drive the transition far enough, fast enough to avert the worst effects of climate change without renewed ambition at the national level. But more than 3,000 U.S. cities, states, businesses, investors, counties, regional associations, faith communities, and post-secondary institutions were still on track to meet 65% to 85% [2] of the United States’ emissions target under the Paris Agreement, and decision makers in North America, Europe, and elsewhere saw lots of opportunities for leadership from the levels of government that are closest to citizens’ everyday lives.

California continued to position itself as a carbon-reduction leader at the state level, hosting a mid-September Global Climate Action Summit that produced [4] a flurry of low-carbon announcements from participants. In August, the state had published [5] an alarming climate impact assessment that pointed to apocalyptic threats ahead in a high-carbon future—and those projections were quickly made obsolete when the Camp Fire [6], California’s worst wildfire ever, killed at least 85 people and destroyed 14,000 homes just three months later. At the conference, Governor Jerry Brown renewed [7] his pledge to “launch our own damn satellite” if the U.S. government didn’t step up and show climate leadership. At the same time, he drew sharp criticism [8] for his refusal to plan an orderly phaseout for his own state’s oil industry, the second-largest in America after Texas’. After California adopted [9] a 2045 deadline to convert its electricity system to 100% renewable energy, supported by an expanded electric vehicle mandate, the American Council for an Energy-Efficient Economy cautioned [10] that the target would be attainable only with an aggressive effort to curb demand.

Colorado set an example [11] for other U.S. states with its low-income solar program, North Carolina Governor Roy Cooper set a 2025 deadline [12] to cut his state’s greenhouse gas emissions by 40%, and 14 states set up a court battle [13] with Trump’s Environmental Protection Agency over methane control regulations. Citizens seized [14] power over the energy agenda with more than five dozen ballot initiatives in 24 states, though fossils won [15] in Colorado, Washington state, and Arizona when they opened up their massive coffers for the fight. A community network in Catalonia, Spain, pushed [16] for regional energy sovereignty, while U.S. utilities and global fossils tried to fight [17] public opinion and slow down the transition to 100% renewable energy. A U.S. appeals court decision in support of a nuclear subsidy in Illinois set a precedent [18] that could help state renewables programs.

Municipalities embraced a suite of climate solutions against a backdrop of mounting climate impacts. Researchers pointed [23] to more severe climate impacts ahead for European cities, C40 Cities said [24] everyday consumer goods were driving up municipalities’ carbon footprints by 60%, U.S. cities and states were warned [25] that their bond ratings would take a dive if they failed to address the climate risks they face, and a tornado turned [26] a beloved, wooded neighbourhood in Ottawa into a logging camp.

But C40 Cities, the Global Covenant of Mayors, and the NewClimate Institute also reported [27] that communities could create 13.7 million jobs and prevent 1.3 million premature deaths by 2030 by pursuing “ambitious urban climate policies” that “vastly reduce carbon emissions globally.” The mayors of London and New York City urged [28] cities around the world to dump their fossil fuel investments, while UN climate secretary Patricia Espinosa joined C40 Cities Chair and Paris Mayor Anne Hidalgo in a call [29] for ramped-up climate action. Boston Mayor Marty Walsh, co-chair of the 400-member Climate Mayors network, invited [30] his counterparts in other U.S. cities to share their energy demand data and eventually pool their requests for project estimates from renewable energy developers as a cost-saving measure. The world’s wealthiest cities were told [31] they hold the key to fast, effective climate action, and a court ordered [32] German municipalities to consider banning the highest-polluting diesel vehicles from their streets. Hamburg was considering doing just that, and Reuters reported that “the court said Stuttgart, which styles itself the birthplace of the modern automobile and is home to Mercedes-maker Daimler, should consider gradually imposing a year-round ban for older diesel models, while Düsseldorf should also think about curbs.”

Nineteen cities with a combined population of 130 million, including Montreal, Toronto, and Vancouver, promised [33] that all new buildings under their jurisdiction would be net-zero carbon by 2030. Planting 20% more urban trees had the potential to boost well-being [34] and add $500 million to the value of the world’s megacities. More than 100 cities were already sourcing [35] at least 70% of their electricity from renewable sources in 2017; San Diego created [36] a new public power company with a 2035 deadline to hit 100% renewable energy; and Orlando, Florida, recognized [37] coal generation as a key challenge in its push toward 100% renewable energy. Edmonton set [38] a 2030 deadline to convert its corporate operations to 100% renewable energy after hearing the Republican mayor of Georgetown, Texas, extol the benefits of the off-carbon transition; and Calgary allowed [39] homeowners to finance energy retrofits through their property taxes. Regina city council unanimously adopted [40] a 2050 deadline for 100% renewable energy, and a Guelph University urban specialist said [41] cities need practical programs more than earnest, 100% goals. More Canadian communities were adopting [42] development strategies that support urban transit, and Project Drawdown reported [43] that cities could eliminate 2.92 gigatons of carbon emissions by 2050 by making their neighbourhoods more walkable.