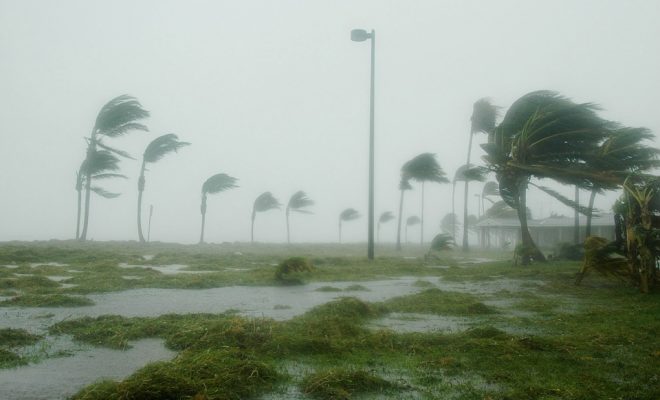 The risks and hazards associated with climate change are already coming in combination, and some parts of the world could face as many as six climate-related threats at once by the end of this century, warns a paper published last week in the journal Nature Climate Change.

That prospect is “like a terror movie that is real,” lead author Camilo Mora of the University of Hawaii at Manoa told the New York Times. And have-not populations in the developing world will be hardest hit.

“There’s more than one kind of risk out there,” said co-author Kerry Emanuel of the Massachusetts Institute of Technology. “Nations, societies in general, have to deal with multiple hazards, and it’s important to put the whole picture together.”

In contrast to specialized studies conducted within single scientific disciplines, this paper drew together 23 authors who reviewed more than 3,000 papers on a broad spectrum of climate impacts, including heat waves, wildfires, sea level rise, hurricanes, flooding, drought, and shortages of clean water, the Times reports. “The authors determined 467 ways in which those changes in climate affect human physical and mental health, food security, water availability, infrastructure, and other facets of life on Earth.”

Mora said parts of the United States are already seeing the combined effects he and his colleagues described in their paper. “He noted that Florida had recently experienced extreme drought, record high temperatures, and wildfires—and also Hurricane Michael, the powerful Category 4 storm that slammed [2] into the Panhandle last month,” the Times notes. “Similarly, California is suffering through the worst [3] wildfires [4] the state has ever seen, as well as drought, extreme heat waves, and degraded air quality that threatens the health of residents.”

And “things will get worse, the authors wrote. The paper projects future trends and suggests that, by 2100, unless humanity takes forceful action to curb the greenhouse gas emissions that drive climate change, some tropical coastal areas of the planet, like the Atlantic coast of South and Central America, could be hit by as many as six crises at a time.”

The paper warns that “the largest losses of human life during extreme climatic events occurred in developing nations, whereas developed nations commonly face a high economic burden of damages and requirements for adaptation.” That’s a problem, Mora told the Times, because “we as humans don’t feel the pain of people who are far away or far into the future. We normally care about people who are close to us or that are impacting us, or things that will happen tomorrow.”