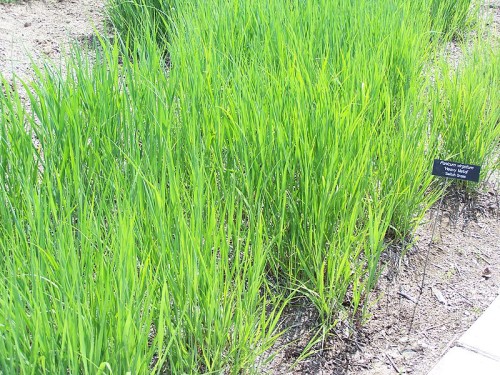 Montreal-based environmental lawyer and climate advocate Karine Péloffy delivered the closing wrap up at Scaling Up 2018, a conference on competing in the global bioeconomy market, November 5-7 in Ottawa. Here’s an edited version of her remarks.
Since I am new to this industry, I looked up the definition of the bioeconomy, which refers to “all economic activity derived from scientific and research activity focused on biotechnology. In other words, understanding mechanisms and processes at the genetic and molecular levels and applying this understanding to creating or improving industrial processes.”

That’s quite a complicated definition. A decade from now, I hope we’ll look back and say this was the economy that harnessed the power of life to sustain life.

How do we get there? The formula for future success at Scaling Up seems to be to add up environmental necessity and economic opportunity to result in clean innovation. Here are five key takeaways to keep in mind to ensure a future bioeconomy that will serve life.

First, don’t lose track of the goal. It’s not profit, as Elizabeth May explained, in her talk on 1.5°C to stay alive. It’s the survival of human civilizations and life on Earth that hangs in the balance.

This is an emergency situation, and we have to move quickly, innovate, scale up. We do not have the luxury of letting perfection become the enemy of the good. Yet we cannot afford to fall for false solutions—we must exercise care. These are paradoxical times.

Catherine Abreu of Climate Action Network urged us to take an ecosystem approach to the bioeconomy. Transformation means taking a holistic view. We need sustainability, which means looking for long-term implications, respect for human rights, leaving land, air, and water for other wild life forms, and leaving space for food crops that shouldn’t be displaced because we need energy to run apps on our iPhones.

We also heard that the bioeconomy needs to become part of the circular economy. Another ascendant concept, the circular economy could be a transformative economic model, or just another trendy green buzzword to be abused. Perhaps next year’s Scaling Up conference will yield some answers about what an economy without a tailpipe looks like.

But there are no silver bullets: if you think you have one, you haven’t thought about it enough, or thought about it from an ecosystem approach. What are the unknown unknowns? It’s going to take a collective effort at group experimentation, failing and learning, then continuing onwards.

Second, the bioeconomy needs customers who believe in it, and that means building trust—which is hard earned, easily lost, and is linked to the ultimate goal. For example, deriving benefits from trees is not good by default. For it to actually be good, it means enough trees will be left as residues to regenerate forests, enough forest left for caribou to thrive and feed Indigenous peoples. Careful, integrated land use planning needs to achieve a balance before trees—which were also called solar devices by some—can be assumed to be good feedstock for the bioeconomy.

These complexities need to be addressed through transparent communication. Acknowledge when there is an issue. Don’t bend the truth or try to get around the issue. The public and the media are paying attention, and the last thing this sector needs is to be caught “bio-masquerading”.

Building trust also means involving affected stakeholders and communities on the ground from the start of the project, not as an afterthought. Sharing, talking across sectors, fostering open collaboration and open intellectual property, is the only way forward. We’ll need open IP for the bioeconomy to scale up.

It also means having hard conversations, not just with environmentalists, but also to address cross-cutting issues like poverty in Canada, especially in Indigenous nations, and abroad. How can the bioeconomy offer solutions that empower communities rather than subjecting them to extra stress?

We heard that the transformation will involve large multinationals influencing their supply chains. But how do you bring small players into the conversation fairly? We were reminded to talk to farmers from the start and avoid having urban businesspeople deciding from afar how land will be used. For some, biomass is not a commodity. It’s local, and they will be looking for community-led projects that meet community needs.

It will also be important to tell stories of hope. How can we transform waste and past mistakes into solutions for the future? Can we upcycle forests killed by beetles to create energy? Replace a diesel generator with 2,500 humongous piles of tree debris from an ill-conceived dam reservoir? Use our landfills to power our cities? Old and spent railway ties to replace coke?

How do we enable this new hope to emerge in parts of Canada where traditional economies are suffering? We heard a great success story from the Teslin First Nation. We heard of transformation happening in Sarnia, better known as Chemical Valley, with the country’s highest concentration of oil refineries, high levels of pollution, and associated health hazards. Right in the heart of the beast, feedstock providers are organized in cooperatives with an equity stake in a corporation focused on high-quality products, and others plan to build Canada’s first biorefinery. We need these stories of renewal to give ourselves hope that solutions can come from the very heart of the problem.

Third, scaling up the bioeconomy requires a level playing field. There is no level playing field when the bioeconomy is attempting to innovate around a negative, in this case pollution, that has no price for those who create it. It makes it difficult to present a clear business case. Any policy that internalizes these environmental externalities and costs is a great stimulus to the bioeconomy. We heard the 2017 Atlantic hurricane season resulted in US$300 billion in damages. But the fossil fuel industry responsible for the increased ferocity of weather events is still not being handed the bill—it still receives public subsidies, including in Canada, as the Commissioner for Sustainable Development and the Environment reminded us.

Creating a level playing field will take some heavy lifting through government intervention. And that leads to the fourth point: Scaling up the bioeconomy requires stable government policy. Today, the policy ground is shifting under the sector’s feet, and that’s very challenging. There’s a big role for government, and a lot more that needs to be done through a combination of policies, taxes, program funding, and providing credible data.

We heard from the Ecofiscal Commission that carbon pricing achieves climate goals at lower cost than command and control or subsidies, and does a better job of driving innovation over the long term. Carbon pricing can bring opportunities for the bioeconomy to provide offsets. But carbon pricing is under heavy attack in this country. It needs vocal support from the bioeconomy sector.

There are 50 countries with national bioeconomy strategies. Canada is great at innovating, but not so good at making marketable products. For inspiration, we should look to the EU, where lessons have been learned: vague targets don’t work, and specific mandates are needed, especially for biofuel blending.

Still, programs and policies can come and go, and are too easily cancelled by new governments, as we’ve recently seen in Ontario. How do we achieve stable government policies in a world of rising uncertainty? If it’s true that you can’t be sure of anything but death and taxes, maybe the bioeconomy needs to get itself embedded in the tax code. In the 1990s, then-finance minister Paul Martin introduced fiscal measures to foster clean energy projects, such as solar, wind, and energy from waste, including business income tax incentives that were not rescinded by subsequent governments. The bioeconomy sector can be a part of a system that taxes the thing we don’t want, pollution, and provides tax relief for what we do want.

Fifth, we can’t overlook the importance of managing risk in a fiercely competitive funding environment.  The party most able to handle a risk should be managing it. Start-ups will always need strategic investors, and that means not keeping your idea in a black box. There must be a focus on building a business, not just one plant. The Standards for Biomass Supply Chain Risk led by Natural Resources Canada might be one opportunity to de-risk bioeconomy investments.

Throughout the last two days, I’ve heard that the bioeconomy is “a complex business”, “a bigger challenge than anticipated”, a “10-year overnight success”, that “new technologies are not for the faint of heart”. Then again, if John F. Kennedy had simply asked his engineers how far they could get into space, we would have never put a human being on the moon. Kennedy set a technically unachievable, aspirational goal, and that impossible dream gave birth to reality.

Now we’ve had our own global Kennedy and the moon moment, when Canada’s environment and climate change minister led the developed world in Paris in stating that our climate change target was 1.5°C. We have our impossible goal. Now let’s get to work to become a movement that refuses the status quo and chants “Carbohydrates, Not Hydrocarbons!”