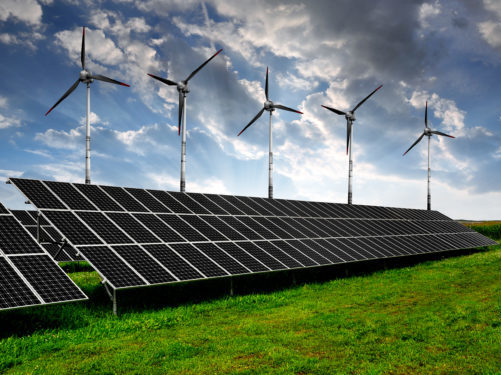 If big corporate energy users in the United States are serious about buying renewable energy to power their operations, they’re going to have to push more seriously for new transmission capacity, according to a report issued last month by the Washington-based Wind Solar Alliance.

“While American companies and other large customers have expressed a wish for lots of renewable power, and while lots of wind projects are planned to fulfill those wishes, there is a shortage of power lines to get the electricity where it needs to be,” Energy News Network reports, citing the Alliance. A solution “is for corporate customers to lobby their regional transmission organizations (RTOs) to plan transmission lines that will allow corporate customers to move towards renewable generation.”

The stakes are high, Energy News Net notes: the more than 400 U.S companies that make up the Renewable Energy Buyers Alliance have already purchased 13.1 gigawatts of renewable power, a total that is expected to grow more than 350%, to 46.9 GW, by 2025.

But the alliance’s director of public affairs, Kevin O’Rourke, said RTOs aren’t yet factoring that market interest into their expansion plans, even though “corporations won’t be able to meet their renewable energy targets until another generation of transmission projects gets going,” ENN writes. “And that likely will take a while. Although large solar arrays and wind farms can be developed in under a year, he estimated that transmission lines require between two and seven years.”

The issues get that much more complicated with transmission lines that cross over from one RTO’s territory to another.

Energy News Network cites Walmart as one company that has been able to find transmission for its renewable energy projects so far, but recognizes that bottlenecks “could be a disqualifier” for new projects over the short term, according to Chris Hendrix, the company’s director of markets and compliance. Rob Threlkeld, global manager of renewable power for General Motors, said he’s been focusing less on power purchase agreements that depend on available transmission, more on green tariffs—and on the transmission capacity left idle when coal plants close.

“As we shift the generation fleet,” he said, the question is, “How do you repurpose existing transmission?”