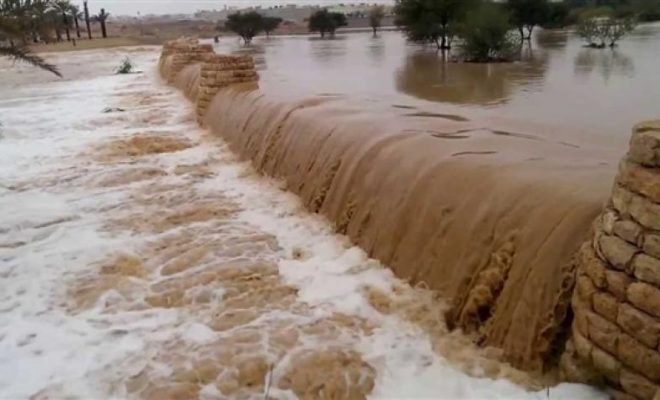 A flash flood near Jordan’s Dead Sea yesterday killed 18 people, mostly children and teachers on a school trip, producing what rescuers and hospital workers described as one of the country’s worst disasters in years.

Police helicopters, hundreds of Jordanian army troops, and Israeli search and rescue teams called in by Amman saved 34 people, some of them in serious condition.

“A father of one of the survivors said a bus with 37 schoolchildren and seven teachers had been on a trip to the resort area,” Reuters reports. “They were caught in a narrow stream as sudden torrential rainstorm flooded the area.”

The children “tried to escape the floods by going to the bus, but its doors were closed,” the father said. “The teachers tried to save the children, but the flood’s intensity made it impossible.”

“Prime Minister Omar Razzaz said it appeared the school had broken regulations by the ministry of education that forbade trips to the Dead Sea due to bad weather, and pledged an investigation that would hold anyone found responsible for any wrongdoing accountable,” Reuters states. With rescue workers using flashlights to search the cliffs for survivors, a civil defence spokesperson said the casualty count was expected to rise.