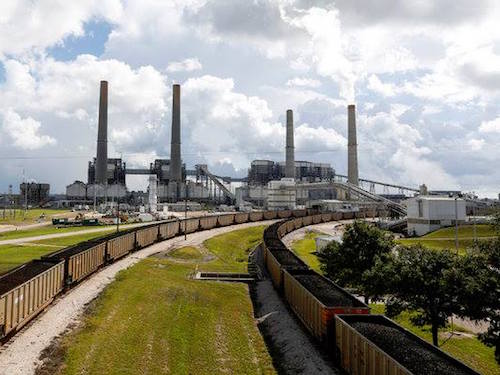 A carbon pricing think tank led by Stephen Harper’s former policy director may be about to “transform the debate” on the issue that Conservative leader Andrew Scheer wants to make the ballot question in next year’s federal election, with the forthcoming release of a paper showing most Canadians with more money in their pockets if Ottawa pays the proceeds from a federal floor price on carbon directly to households.

The report by economist David Sawyer of EnviroEconomics, commissioned by the non-partisan Canadians for Clean Prosperity (CCP) and obtained last week by the (usually not so non-partisan) National Post, “suggests that in this scenario most households, regardless of income level, would receive more money from the federal government than they would pay in carbon taxes,” writes columnist John Ivison.

The stakes are high, he points out, with Scheer eager to campaign [2] against carbon pricing next year and Trudeau signaling [3] last week that he’s just as prepared to defend the floor price, a cornerstone of the pan-Canadian climate plan. Sawyer’s scenario applies in provinces that refuse to adhere to a minimum carbon price that escalates to C$50 per tonne in 2022. If they do, the federal government will impose the price instead.

“It is an intriguing study, and one that is likely to make life easier for Trudeau as he prepares to impose his pricing scheme on provinces that don’t have one (or at least not one the feds recognize),” Ivison writes. The conclusion reinforces CCP Executive Director Mark Cameron’s argument “that the objection to carbon pricing—that it will cost average households large amounts of money—is ill-founded, and can be mitigated by smart government policy.”

The difference is in whether carbon tax revenues are consolidated and invested in greenhouse gas reduction projects, or visibly returned to Canadians who might be wondering what’s in it for them in a national carbon plan.

“The Liberals’ Greenhouse Gas Pollution Pricing Act requires Ottawa to return tax revenue to the province where it was raised in cases where it has imposed a ‘backstop’ carbon tax in the absence of a recognized provincial climate plan,” Ivison explains. “Trudeau has indicated that, rather than sending a rebate to the governments of those provinces, he may choose to send the money directly to its households.”

Just a day after his column ran, Ivison was back with an analysis [4] of his readers’ explosively negative reaction to Sawyer’s analysis. “Conservatives who saw the Liberal carbon tax as their path back to power exploded on social media,” he wrote. “Given the prospect that the findings could change the nature of the debate on the carbon tax, it was not surprising to see Conservative leader Andrew Scheer’s office issue a fulsome rebuttal. Some of it even made sense.”

But Ivison still stuck with his initial assessment of the study. “It is an article of faith that the carbon tax is an evil beyond redemption,” he said. “Yet the Clean Prosperity study concluded that its malign effects can be mitigated, if typical families receive more money back in dividend cheques than they face in additional carbon costs. By its calculations, that would be the case in Ontario, Alberta, and Saskatchewan, because carbon taxes are likely to be collected not only from households, but also from businesses—yet most of that revenue would be returned to voters.”

Ivison accepted Scheer’s contention that a carbon price would reduce Canada’s GDP (which exceeded $1.65 trillion [5] in 2017) by $10 billion in 2022, attract funds that governments could divert to other purposes, affect business competitiveness, and cost money to administer. He also pointed to the “fundamental unfairness of rebates being issued to taxpayers in recalcitrant provinces where the federal government imposes its tax as a ‘backstop,’ but not in jurisdictions like Quebec that have moved ahead with plans of their own on carbon pricing.”

But he still pointed to two features of the tax that will matter to Trudeau’s Liberals as next year’s federal election approaches: “it would make a meaningful contribution to [achieving] the greenhouse gas targets for which all parties have signed up; and, crucially, it is a highly progressive means of putting money in the pockets of the people they want to vote for them.”

Missing from the discussion so far has been the finding last week by the Organization for Economic Cooperation and Development (OECD) that advanced economies’ carbon prices are too low to cut greenhouse gas emissions significantly enough to avert the worst effects of climate change. “The OECD examined carbon pricing between 2012, 2015, and 2018 in 42 OECD and G20 economies, which represent around 80% of global carbon emissions,” Reuters reports [6]. “It found the average pricing level across the countries in 2018 was 76.5% lower than the benchmark €30 a tonne it said is needed.”

While the gap had narrowed a bit from 79.5% in 2015, “carbon prices need to increase considerably more quickly than they have done in recent years in order to ensure a cost-effective low-carbon transition”, the report stated.

This is a breakthrough. It is hard to go against a tax that is returned to the taxpayer, actually with more back. This is a proposal that Dr. Jim Hansen, one of the early climate change predictors, has consistently supported. So it is great to see John Iverson doing so also. It’s because it makes sense.