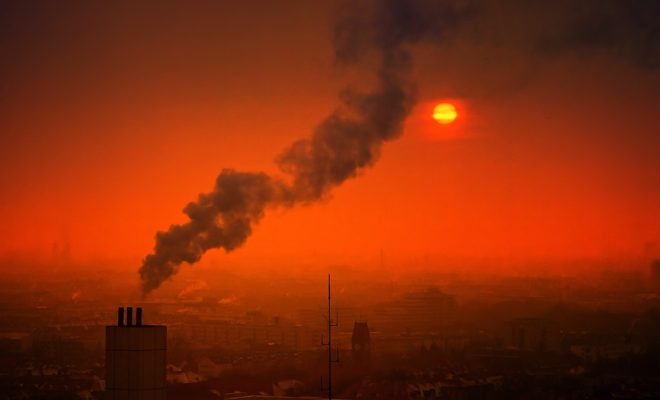 From heat waves that ground aircraft, to rising seas that inundate waterfronts, to “wildfires that consume whole cities and blanket the (U.S.) West Coast in smoke”, climate change is the “big blind spot” that gets left out of most economic forecasts, according to a report earlier this month on CNN Money.

The most recent study to quantify the impact came from the U.S. Federal Reserve Bank of Richmond, which used historical data to attribute a 0.15 to 0.25% decrease in average state-level output to each 1°F (0.6°C) increase in average summer temperature.

It might not sound like much, but the impact “snowballs over time,” CNN notes. “If meaningful action isn’t taken to curb emissions, U.S. economic growth will be a third lower than it would otherwise have been by the end of this century—or sooner, if warming accelerates even faster than scientists currently anticipate. Theoretically, that means Americans will be poorer and have lower living standards as a result,” on top of the day-to-day disruption of extreme weather events.

Even now, “climate change is having a real impact, not just on the environment but on the economy,” CNN adds. “But almost no mainstream economic forecasting model takes that into account, in an omission that some economists say could affect the accuracy of economic predictions” for the future.

The fundamental problem is that most economic analysis focuses on short-term, short-lived factors like tax cuts or tariffs, even though climatic changes ultimately have a greater impact on economies (and the people who inhabit them). “Most of those [climate science] studies look at growth 50 years forward or even longer,” said JP Morgan U.S. Chief Economist Michael Feroli. “Our current forecast extends to the end of 2019.”

But even over the decade-long span covered by the Congressional Budget Office, “the impact of climate on growth could be significant,” CNN notes.

“Through the beauty—or here, ugliness—of compound interest rates, even a tiny hit to growth rates can have huge economic consequences down the line,” Harvard University energy economist Gernot Wagner told CNN [in a moment of severe definitional strangeness for beauty and ugliness—Ed.] “And sadly, the more we learn, the more it seems that climate damages do indeed affect productivity and, thus, economic growth rates.”