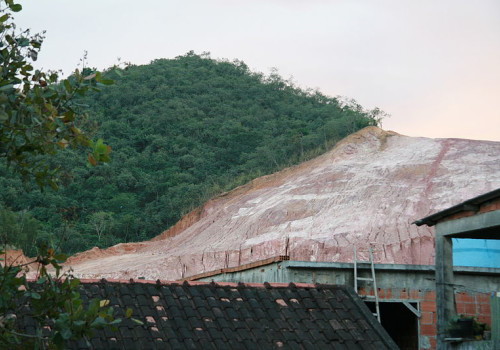 Two years after its launch, an online tracking tool co-developed by the Stockholm Environment Institute and Global Canopy is helping forest defenders track deforestation due to palm oil, cocoa, sugar cane, and especially soy production—and attribute those impacts back to the companies responsible.

“Prior to Trase, publicly available data on supply chains was limited to national-level statistics, allowing only crude analyses that often failed to identify the companies involved,” Mongabay reports. The problem was particularly acute in soy supply chains, “because beans from many farms are typically trucked, bulked, and aggregated at large, centralized storage and sorting facilities.”

“There is no such thing as traceability of a [single] soybean,” Gardner said.

Enter Trase, which weaves together many datasets to pinpoint “the most likely supply chain connections between a particular buyer and a particular landscape of production.” That estimation allows people like Luis Fernando Guedes Pinto, Manager of Agricultural Certification at Imaflora, a São Paulo-based NGO, to hold specific traders responsible for a particular act of deforestation in pursuit of the rapidly-rising fortunes of soy.

According to Trase Yearbook 2018, the inaugural issue in what will be an annual series of reports, “one of the largest drivers of soy expansion across South America has been demand from China, with exports increasing 300% in the last decade.”

And “although more than 1,000 companies exported soy from Brazil between 2005 and 2016,” notes Mongabay, Trase data reveals “that in 2016 it was dominated by just six key players—Bunge, Cargill, [Archer Daniels Midland], [China’s COFCO Group], Louis Dreyfus, and Amaggi—which together accounted for 57% of soy exported.” Over the last decade, “these six companies have also been associated with more than 65% of the total deforestation in Brazil.”

While it’s unlikely that such “incredibly powerful players” will seek “to improve sustainability in their supply chains without governmental pressure and/or consumer willingness to pay a premium for that sustainability,” Gardner said, the ability to precisely identify the six principal soy traders responsible for the bulk of deforestation “could aid environmental NGOs in better targeting their campaigns.”

And indeed, “five of the traders—Bunge, Cargill, ADM, Amaggi, and Louis Dreyfus (LDC)—have now made commitments to eliminate deforestation from their supply chains,” Mongabay notes, although “these voluntary declarations to remove soy from company supply chains are far from being effectively implemented on the ground.”

“It’s not yet the case that those companies that have made commitments are showing much lower levels of deforestation risk,” Gardner said.

The strategy that truly protects remaining global forests, he added, would see “a combination of government action, NGO campaign pressure, and consumer choice as paving the way to increased transparency and sustainability, with Trase providing an accessible way for stakeholders to understand and explore commodity supply chains, and measure progress.”