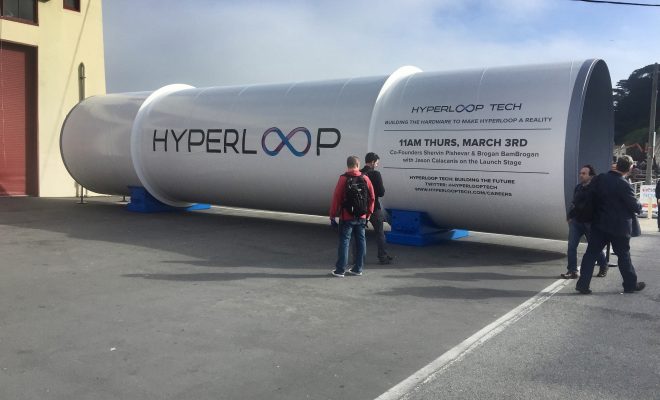 A Canadian hyperloop company is on the verge of shifting its headquarters to Europe, after losing patience with the response it’s getting from a federal government that wants to be all about next-generation technologies and innovation.

“They’re telling us every day that Canadians need to be bold, ambitious, take risk, and develop innovation. So now it’s time for execution,” said Sebastien Gendron, co-founder and CEO of Toronto-based TransPod Inc. “If we wait until the risk is zero, fine, but the company may not be anymore in Canada.”

TransPod had proposed a network of elevated, low-pressure tubes that would send passengers and goods on their way at speeds up to 1,000 kilometres per hour. A C$15-billion line between Montreal and Toronto (not including land acquisition costs) would cut travel time to 45 minutes, relieving highway and airport congestion and serving an estimated 12 million passengers per year. A second, $6-billion line would cut the trip from Calgary to Edmonton to 30 minutes.

[So the two projects together would come in around the high-end estimate for Canada to buy and complete the controversial Trans Mountain pipeline expansion—courtesy of a federal government that wants to be all about innovation. –Ed.]

“Gendron said the system could be ready to carry passengers in the early 2030s after first being used for light freight, such as e-commerce and perishable food,” The Canadian Press reports. “He said the transportation corridors would be privately owned, likely by Canadian pension funds, construction firms, and other investors, while TransPod would supply the technology and pods.”

Transport Canada responded that it is “working to modernize Canada’s transportation sector through updated regulations, investments in infrastructure, and the promotion of new transportation technologies,” and “is watching the international commercialization of hyperloop technology closely,” CP states.

“The speed at which the world is changing makes it necessary for the government to explore the impact that innovation and advanced technologies can have on our environment, our economy, and our society,” said an unnamed departmental spokesperson.

While TransPod is up against billionaires Richard Branson and Elon Musk in the race to commercialize hyperloop, Gendron maintains his company is offering better technology at a lower cost per kilometre.