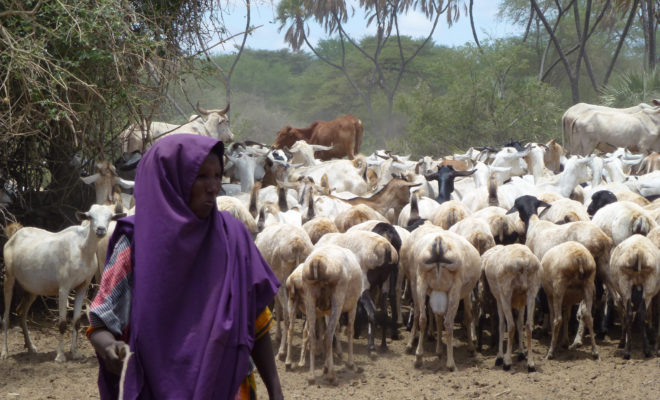 Indigenous Peoples’ Land Management ranks #39 on Drawdown’s list of climate solutions. It can reduce atmospheric carbon dioxide by 6.19 gigatons and sequester 849.37 gigatons of carbon by 2050.

Indigenous peoples are both vulnerable to climate impacts and knowledgeable in how to adapt to and mitigate climate change, Drawdown states. They are also on the front lines of resistance movements to stop deforestation and resource extraction projects on their lands. This resistance can prevent carbon from being released into the atmosphere.

On top of their central importance in the fight against climate change, traditional Indigenous land management practices are critical to maintaining biodiversity, cultural traditions, and livelihoods. Drawdown notes that Indigenous peoples have a variety of systems and strategies that have proven successful in managing land, in ways that protect tradition and the environment. Some of those options include swidden agriculture, agroforestry, pastoralism, and traditional forest management, and the wider benefits of such practices are significant: Indigenous and community-managed forests respect the collective voice of the community, prevent deforestation, and increase carbon storage by two tons per acre each year compared to non-managed forests.

Indigenous pastoralists manage 1.2 billion acres of rangelands around the world, and are responsible for sequestering 30% of the world’s soil carbon. But in a great many countries, Indigenous land management is neither respected nor protected by governments. Dangerous stereotypes and misunderstandings about traditional practices put them at risk. Solutions include communal-area conservation agreements, and securing land rights for pastoralists.

Drawdown says the amount of land managed by Indigenous communities internationally grew substantially between 2002 and 2013, from 951 million to 1.2 billion acres. But government action is needed to keep the momentum going. Recognizing Indigenous land rights, providing technical assistance when needed, including Indigenous voices in decision-making, and expelling illegal settlers from Indigenous peoples’ lands are all essential steps to help Indigenous land management thrive.