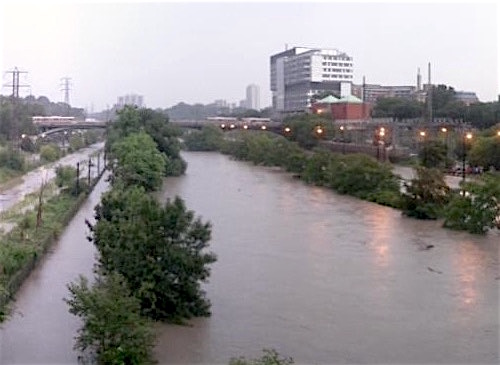 With new projections showing billions of urban dwellers affected by climate-related heat waves, drought, flooding, food shortages, and blackouts by 2050, C40 Cities is stressing the work municipalities are doing around the world to deliver “bold climate solutions to avert these outcomes”.

But preventing the worst effects of climate change will depend on scaling up climate solutions that some cities are already delivering, the organization reported yesterday, with the release of a report it produced along with the Global Covenant of Mayors for Climate and Energy, the Urban Climate Change Research Network, and Acclimatise.

“This is the future that nobody wants,” said C40 Cities Executive Director Mark Watts. “Our research should serve as a wake-up call on just how urgently we need to be delivering bold climate action.”

Each of its six major sections included mini-case studies of “urban responses” different communities had undertaken to build resilience against key climate impacts—from heat advisory systems, to a community savings plan to avert poverty and homelessness, to water conservation and access projects in response to drought, to strengthening rural-urban supply chains to bolster food security.

Those stories represent “concrete examples of bold climate solutions that cities are delivering, which, if adopted at-scale, could help prevent the worst impacts of climate change,” C40 said in a release.

The report was released at the Adaptation Futures conference in Cape Town, South Africa, a city that earlier this year postponed [3] the prospect of running out of water after a sustained, three-year drought by cutting its consumption by half.

“For most C40 cities, the impacts of climate change are not a far-off threat. From Cape Town to Houston, mayors are seeing severe droughts, storms, fires, and more,” said C40 Board Member Antha Williams, head of environmental programs at Bloomberg Philanthropies. “C40 mayors are on the front line of climate change, and the actions they take today—to use less energy in buildings, transition to clean transportation, and reduce waste—are necessary to ensure prosperity and safety for their citizens.”

“Climate change is already happening, and the world’s great cities are feeling the impact,” said Cape Town Executive Mayor Patricia de Lille, a member of the Global Covenant board. “The lesson from Cape Town, and from this important new research, is that every city must invest today in the infrastructure and policies that will protect citizens from the future effects of our changing global climate.”

In the United States alone, rising sea levels could put 150,000 homes and commercial properties worth US$63 billion at risk of repeat flooding by 2033, and the total tab could reach at least $1 trillion by the end of the century, according to analysis of the popular Zillow online real estate app released [4] this week by the Union of Concerned Scientists.

“This is, of course, homes that are often people’s single biggest assets,” said Rachel Cleetus, policy director with the UCS climate and energy program. “This is about entire communities that might find much of the property in their community gets inundated, and that might affect their community tax base.”

Yet “coastal real estate markets currently, for the most part, are not reflecting this risk,” Cleetus added. “A lot of people are unaware of what’s coming, and that is cause for deep concern.”

“The study focused on properties at risk of chronic flooding, which it defines as flooding at least 26 times a year,” InsideClimate News reports [5]. “If sea level rises more than six feet by the end of the century, UCS estimated that the homes of more than 4.7 million people will be at risk of chronic flooding. With commercial properties included, that’s more than $1 trillion in value, and it doesn’t take into account future development or rising property values.”

At four feet of sea level rise, “the homes of more than two million people, plus many commercial properties, are likely to face chronic flooding.”

An InsideClimate map based on the UCS reports shows Florida, California, Louisiana, New York, and South Carolina bearing the country’s worst impacts at the end of the century. But before then, “nearly 175 communities nationwide could see 10% or more of their housing stock at risk of chronic flooding by 2045 if seas keep rising under the high sea level rise scenario,” ICN notes. “Nearly 40% of them are low-income communities with poverty levels above the national average.”

“Many people immediately think this is just affecting affluent people who live at the beach,” said Rob Moore, senior policy analyst at the Natural Resources Defense Council. “They don’t understand that this type of flooding affects areas further inland, and often lower-income communities.”

Much of the impact can still be averted, but that will require bringing greenhouse gas emissions to zero “within a few decades,” writes reporter Phil McKenna.