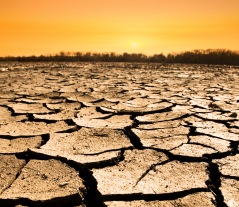 Average global warming is on track to exceed 1.5°C by about 2040, according to a leaked draft of a special report commissioned by the Intergovernmental Panel on Climate Change.

The final government draft, dated June 4 and obtained by Reuters, concludes that “governments can still cap temperatures below the strict 1.5°C (2.7°F) ceiling agreed in 2015 only with ‘rapid and far-reaching’ transitions in the world economy,” the news agency reports.

The findings are broadly consistent with an earlier draft of the report that leaked [2] in January, but incorporate a broader review of scientific literature as well as 25,000 incoming comments from reviewers.

The report says average global temperatures are rising by about 0.2°C per decade, and that the difference between 1.5° and 2.0°C average warming will mean lower economic growth for developed and developing countries alike. Reuters cites impacts of floods, storm surges, droughts, and crop loss that will become significantly worse as global warming exceeds the 1.5°C guardrail [3].

Reuters cites one official with access to the report who “said it seemed slightly less pessimistic about prospects of limiting a rise in global temperatures that will affect the poorest nations hardest.” The draft “outlines one new scenario to stay below 1.5°C, for instance, in which technological innovations and changes in lifestyles could mean sharply lower energy demand by 2050, even with rising economic growth.” That’s consistent with at least three [4] published [5] scenarios [6] that emphasized many of the decarbonization options that are typically left out of most deep decarbonization models.

The leaked draft also “omits radical geoengineering fixes such as spraying chemicals high into the atmosphere to dim sunlight, saying such measures ‘face large uncertainties and knowledge gaps,’” Reuters adds. But “the report says governments may have to find ways to extract vast amounts of carbon from the air, for instance by planting vast forests, to turn down the global thermostat if warming overshoots the 1.5°C target.”

Meanwhile, “there is no sign that the draft has been watered down by [White House occupant Donald] Trump’s doubts that climate change is driven by man-made greenhouse gases,” Reuters states. “The draft says renewable energies, such as wind, solar, and hydro power, would have to surge by 60% from 2020 levels by 2050 to stay below 1.5°C, ‘while primary energy from coal decreases by two-thirds’.”

Those shifts would boost renewable energy from 49 to 67% as a share of global primary energy production by 2050.

“This IPCC report shows anyone drawing from published papers that there are big differences between 1.5 and 2.0° warming in both natural and human systems,” climate scientist and Climate Analytics Director Bill Hare told [7] The Guardian. “Two degrees warming and the tropical reefs have basically no chance—1.5°, they have a small to modest chance of survival.”

Greenpeace International Executive Director Jennifer Morgan said the report points to a moment of truth for political leaders. “Through international cooperation, real ambition, and working with communities, our leaders still have the time to do what they must,” she said. “That means saying no to fossil fuels and standing up for forest and ocean protection with decisions that prove they understand the urgency. It means cutting down on meat and dairy consumption, and changing the way we produce our food.”