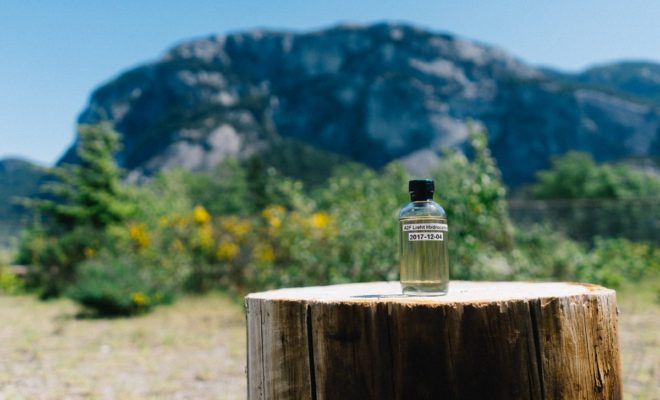 A cost breakthrough in drawing carbon dioxide out of the air might be in the offing in British Columbia, where Squamish-based Carbon Engineering claims in a peer-reviewed paper to have got the job done at one-third the cost of its competitors’ past attempts.

“It sounds like spinning straw into gold: suck carbon dioxide from the air where it’s contributing to climate change and turn it into fuel for cars, trucks, and jets,” The Canadian Press reports. But “in an article published Thursday in the peer-reviewed journal Joule, Carbon Engineering outlines what it calls direct air capture, in which carbon dioxide is removed from the atmosphere through a chemical process, then combined with hydrogen and oxygen to create fuel.”

“If these aren’t renewable fuels, what are?” asked lead author and company principal David Keith, a Harvard University professor of applied physics.

“We’ve been working on direct air capture since 2009, running our pilot plant since 2015, and we now have the data and engineering to prove that DAC can achieve costs below (US$100 per tonne),” Keith added [2]. “No prior research in the peer-reviewed literature provides a design and engineering cost for a complete DAC system—and this paper fills that gap.”

The plant currently captures about a tonne of atmospheric carbon out of the air each day to produce two barrels of fuel. The company is aiming for commercial production in 2½ years, and with a design that relies on off-the-shelf components, Oldham says it shouldn’t be too difficult to scale up.

“We’re tapping into existing industrial equipment and then defining a new process and applying some unique chemistry to it,” Oldham told CP. We’ve bought the smallest scalable unit of each piece of technology we have.”

That strategy is delivering results at a low enough cost to capture attention. Last year, Switzerland-based Climeworks reported [3] success with a similar process that captured atmospheric carbon at a cost of US$600 per tonne for a commercial-scale plant. Carbon Engineering is estimating its price at $94 to $232 thanks to the mix of technology and components it’s working with.

“Because the plant currently uses some natural gas, by the time the fuel it produces has been burned it has released a half-tonne of carbon dioxide for every tonne removed from the air,” CP notes. “That gives it a carbon footprint 70% lower than a fossil fuel.”

But “that footprint would shrink further if the plant were all-electric. And if it ran on wind- or solar-generated electricity, the fuel would be almost carbon neutral.”

Oldham said the system could also put an end to the global power struggles that have surrounded some regions’ production of oil, and other countries’ nervous reliance on that output. “Any country, any region, can have its own fuel,” he said. “They’d be no longer dependent on the geopolitical situation if Country X has oil and Country Y does not.”

He stressed that Carbon Engineering’s success to date would not have been possible if not for more and more jurisdictions around the world putting a price on carbon. “We would not be in business if carbon pricing did not exist,” he told CP.

1 Comment To "B.C. Start-Up Delivers Air Carbon Capture at Less Than $100 Per Tonne"

I’m trying to understand whether this technology can actually reduce the amount of CO2 in the atmosphere or not. It seems to capture CO2 and then combine it with hydrogen and oxygen to make fuels that will be burned and thereby release CO2 to the atmosphere. So, if I’ve grasped this correctly, it will only ensure that no “new” CO2 will be released into the atmosphere from burning traditional fossil fuels. So it’s sort of like catch and release when fishing. Have I got that right?