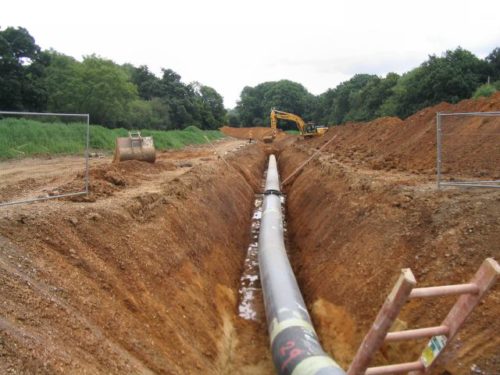 Finance Minister Bill Morneau had better options than to nationalize a pipeline and send C$4.5 billion in taxpayers’ dollars to Houston-based Kinder Morgan Inc., author and energy economist Jeff Rubin contends in a post for the Centre for International Governance Innovation.

Rubin’s solution is not exactly a low-carbon alternative—rather than buying the pipeline, he says Canada should have invested in the Washington State refineries that are a more realistic destination for tar sands/oil sands bitumen than the Asian markets Kinder Morgan said it was aiming for. But he comes to some familiar conclusions about what Canadians—and Kinder Morgan—stand to gain from Morneau’s offer.

“While Mr. Morneau claimed the pipeline is the safest and most effective way to get natural resources to world markets, the truth is there is little, if any, demand for oil sands bitumen in Asia. Furthermore, Asian markets have historically paid less, not more, than the United States for heavy oil,” Rubin writes.

“There is, however, a lot of demand for more Alberta heavy oil from Washington State and the California refineries that are already configured to process it. Why not? It’s a good business. They take Alberta bitumen, one of the cheapest feedstocks on the continent, and turn it into value-added products such as gasoline and diesel, yielding some of the highest refinery margins anywhere in North America.”

But he sees no such economic benefit in the buyout.

“Ottawa’s generous offer to buy the pipeline is good news for Kinder Morgan shareholders who have already seen the pipeline’s cost soar by almost 40%,” Rubin writes. “But it’s terrible news for Canadian taxpayers who will ultimately have to bear the cost. Ottawa is deluding itself if it thinks there will be any stronger commercial interest in the project down the road than there is now. If it ever finds an investor to take the pipeline off its hands in the future, it will be for far less than what the taxpayer has paid for it.”