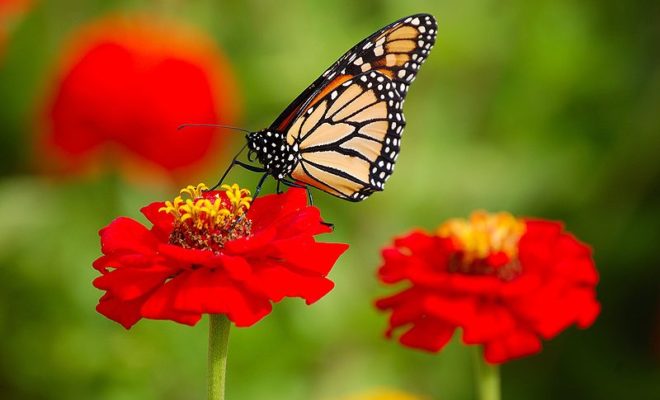 Tens of thousands more species will be at risk of extinction if countries set their sights on the Paris Agreement target of 2.0°C average global warming, rather than the more ambitious goal of 1.5°C, according to a new paper in the journal Science.

The study shows that “humanity can powerfully improve the survival odds of tens of thousands of species, but only if nations dramatically raise their ambitions in the fight against climate change,” InsideClimate News reports. However, “if nations do no more than they have pledged so far to reduce their greenhouse gas emissions—and warming consequently shoots past 3.0°C by the end of this century—6% of all vertebrates would be at risk. So would 44% of plants and a whopping 49% of insects.”

Those results are based on the most detailed assessment ever conducted of the shrinking size of species’ natural habitats. “It projected that for an alarming number of species, their range size would shrink by at least half as temperatures rise past the Paris goals,” InsideClimate notes.

“But the dangers would be greatly reduced if warming can be limited to 1.5°C. That might protect the overwhelming majority of the 115,000 species assessed by the researchers,” with only 4% of vertebrates, 6% of insects, and 8% of their insects losing more than half of their current ranges.

If average warming pushed from 1.5° through to 2.0°C, “the additional half degree of warming would double the impact on plants and vertebrate species, and triple the impact on insects.”

InsideClimate describes extinction risk as “an especially profound aspect of climate change,” noting that “many species perform vital ecosystem services.” The new study, carried out by researchers from the UK’s University of East Anglia and Australia’s James Cook University, was the first to include 34,000 insects and invertebrates that have been left out of past research on climate and biodiversity. That’s still a tiny fraction of the million or so insect species that have been named by scientists, ICN notes.

But “insects, it turned out, are particularly sensitive to temperature increases, and these findings are particularly alarming,” write reporters John H. Cushman and Neela Banerjee. “They focus attention on pollinators essential to agriculture and insects that serve as food for birds and animals. The researchers found that three groups of pollinators are especially vulnerable to climate risks—true flies, beetles, and moths and butterflies.”

In a separate study in the journal PLOS-One, researcher James Morley of New Jersey’s Rutgers University concludes that climate change is already driving hundreds of North American fish species north of their usual habitats, with the effects most pronounced on Canada’s Pacific coast.

“Morley found that even if climate change is kept under 2.0°C, species off Canada’s west coast will move by an average of more than 200 kilometres,” The Canadian Press reports [2].

At 2.0°C warming, “fish stocks on the Pacific coast will migrate north by an average of 236 kilometres. The Atlantic side will see average movement of about 100 kilometres,” CP notes. “If the climate warms by 4.0°C—the so-called business-as-usual case—many Pacific stocks are likely to school as far as 1,500 kilometres north of the current centre of their habitat. The east coast shift would be about 600 kilometres.”