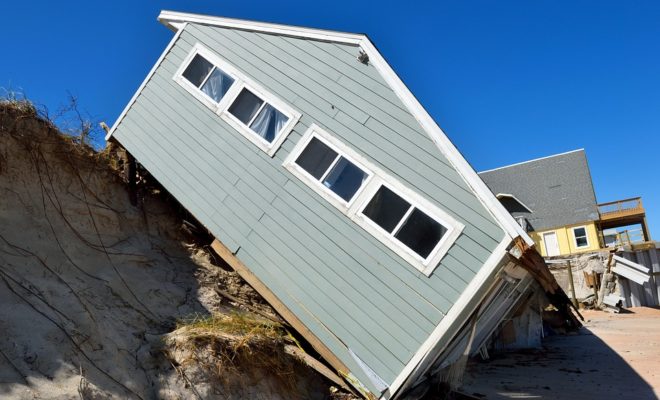 An aggressive building lobby, anxieties about tax revenue, and allergies to regulation mean that even as climate change brings more destructive storms, many American states are choosing to ease up on building codes.

The counterintuitive reaction is a sharp departure from past practices, Bloomberg Politics reports, citing Florida’s response to Hurricane Andrew, which “destroyed 63,000 homes and bankrupted nine insurance companies” in 1992.

After that storm, the news agency recalls, “Florida began following the recommendations released every three years by the International Code Council (ICC), a Washington-based non-profit that brings together builders, engineers, local code officials, and other experts to translate the latest science into updated model building codes.”

And “by most accounts, the system worked. Homes built after Andrew came through [Hurricane] Irma [2] far better than older buildings.”

But not everyone was happy with the steadily tightening rules.

Sick of the state “just making changes because some product guy found a way to get them into the ICC,” as Florida Home Builders Association head lobbyist Rusty Payton put it to Bloomberg, the FHBA lobbied legislators “to incorporate only the changes that the members of the Florida Building Commission deemed to meet the ‘specific needs of the state.’”

In response, “groups representing insurers, architects, engineers, firefighters, building inspectors, and others fought back,” writes Bloomberg, creating a coalition called Floridians for Safe Communities (FSC) to warn that “strong, up-to-date building codes are often the difference between life and death.” Led by Craig Fugate, Florida’s emergency management director before he took the helm of the Federal Emergency Management Agency under President Barack Obama, the coalition also had the support of the state’s real estate industry.

And “Florida isn’t the only place where opposition has grown to updated codes despite the growing toll of extreme weather,” the news agency states. A recent report by the Insurance Institute for Business and Home Safety (IIBHS) looked at policies in 18 Atlantic and Gulf Coast states and “found that despite the increasing severity of natural disasters, many of those states have relaxed their approach to codes—or have yet to impose any whatsoever.”

“We just have an incredible capacity for amnesia and denial in this country,” said IIBHS President and CEO Julie Rochman.

Texas, for example, has “yet to adopt mandatory building codes of any kind,” even in the wrathful wake of Hurricane Harvey [3]. Then there’s Georgia, which “has adopted a six-year-old version of the codes, but lets local officials decide whether to enforce it.”

That degree of flexibility at the state level worries federal officials “who are stuck paying to rebuild homes that get wiped out by natural disasters,” writes Bloomberg.

Fugate, the former FEMA director who fought so hard to protect Florida’s building codes, predicts that “even as the effects of climate change worsen, states will continue to favour lowering the cost of construction—as long as the federal government keeps paying.”