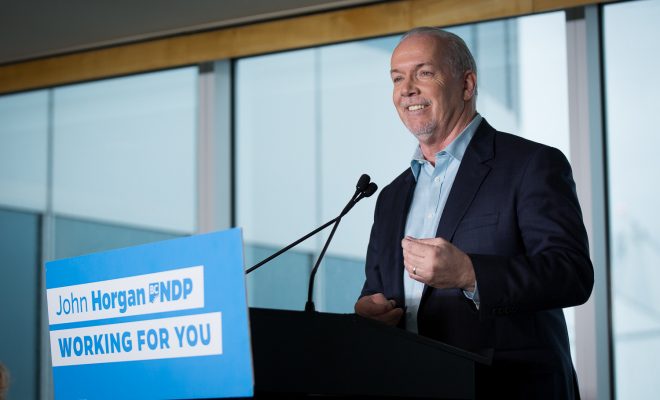 As I write, the country is in a frenzy over the Kinder Morgan decision to stop investment in the pipeline from Alberta, through B.C., to China via oil tankers. The company blames B.C. Premier John Horgan for the crisis and wonders why he won’t compromise, in the national interest. Alberta Premier Rachel Notley is threatening to cut off oil supplies to B.C., and speculation is rampant that the federal government may refuse to send B.C. green infrastructure money if Horgan doesn’t bend.

We are now resorting to dealing with each other through force.

B.C. has joined with First Nations leaders who have gone to court to find out whether B.C. has a right to protect its own environment. Horgan and all British Columbians would like to know if, in the event of a dilbit spill, it will even be possible to clean it up, whether that spill comes from the pipeline or a tanker disaster.

Canadians would also like to know what meaningful consultation with First Nations really looks like. Why would we believe that real consultation is taking place when the government makes deals to get consent from minor, impoverished bands, while the Union of B.C. Indian Chiefs and members of the Tsleil-Waututh First Nation have to stand at a traditional Coast Salish Watch House [2], commit civil disobedience, and go to jail to show their opposition to the pipeline?

Prime Minister Justin Trudeau and Environment Minister Catherine McKenna look into the cameras with a serious, straight face and pronounce without evidence that this pipeline is in the national interest. They also say we can tolerate a tripling of production in the oil sands and still meet our Paris targets (which are widely understood to be way too low). Ottawa originally estimated that we would miss our targets by 44 megatonnes. Later, it admitted to the UN Framework Convention on Climate Change that it was really a 66-Mt gap. The Pembina Institute places the shortfall closer to 161 megatonnes (although this analysis is still under review).

We know we won’t meet our 2020 targets and, unless we change our approach, we won’t meet the 2030 targets that Trudeau and McKenna have both [3] declared [4] a floor, not a ceiling for Canada’s climate ambition.

How can Canadians believe our government is serious about climate change when we make no forward progress towards emissions reductions, and instead approve every oil expansion project?

Canadians watch as Trudeau bends over backwards to please oil and gas companies, reduce their stress, and take away any expectations that they will have to reduce their own greenhouse gas emissions. Oil and gas won’t have to have [5] environmental reviews under the new federal Impact Assessment Act. They don’t have to clean up their mess [6] when they close an area that has been mined. They are allowed to externalize every environmental cost, and the public purse picks up the bill.

New offshore drilling is approved [7] in Nova Scotia. We won’t sign on [8] to a heavy fuel oil treaty in the Arctic. The oil sands are authorized to triple their production before they have to participate in climate goals. The underlying, unstated, unquestioned assumption is that Canada wants to stay a petro economy until all the oil is out of the ground. And any other industry—western farmers who can’t get rail cars to carry their grain, B.C. fisheries and tourist industries—all will be sacrificed to the sacred cow of big oil.

I haven’t even mentioned the wildlife that are at risk from our activities. The whole ecosystem along the West Coast is dependent on the salmon. The orca will most certainly be lost if tanker traffic triples. Alberta and B.C. [9] caribou are both at risk. They are a sentinel species for the health of boreal forests [10] that we will be counting on as a carbon sink.

This is not the national interest.

Far too many of the actions we need to make are not happening.

Where are the charging stations that would allow a person to drive an electric car across the country?

Why isn’t any province in Canada building an electric car so that consumers will have a choice?

Why aren’t the Big Three automakers prioritizing the electric car over gasoline engines?

Where are the incentive and training programs that would allow our tradespeople to become specialists in low-energy construction and retrofit?

Why aren’t we discussing alternatives to residential and commercial heating with natural gas?

Why are our hydro companies stuck in resistance to change?

We expect our public utilities to lead in converting to renewable energy sources, and in developing the smart supply balancing systems to manage variable flows of energy. If Canada wants a competitive economy, this is the direction we must go—not staying stuck in the past.

This is the national interest.

So, Mr. Trudeau, my point is that you have compromised in the wrong direction, sacrificing climate goals to please Big Oil. Prove to us that you can triple production in the tar sands and still meet our goals. We don’t believe it. The pipeline, and other oil policies the government is following, are the interests of Big Oil, of 3% of our economy. Not of Canada.

John Horgan is standing for the national interest. It is the federal government and the province of Alberta that must take a hard look at their policies for the growth and well-being of Canada.

The pipeline debate in Canada has been about protection of land and water—yes—most definitely. But it has also been the only strategy available to people who care about our air and water to take a stand against Big Oil. It looks very much to Canadians as though Big Oil is running this country, not our politicians.

It is time to take back our country, and make decisions in the national interest.