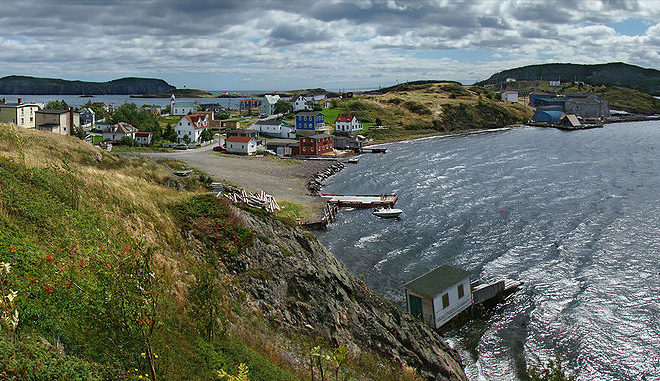 Conservationists and Newfoundland and Labrador’s fisheries union are furious after receiving confirmation that a newly-created marine refuge in waters northeast of Newfoundland is wide open for oil and gas exploration, even though it’s closed to all “bottom-contact” fishing.

In December, the federal Department of Fisheries and Oceans designated roughly 46,833 square kilometres of the Northeast Newfoundland Slope as a marine refuge, prohibiting all forms of fishing where the gear makes contact with the ocean bottom, CBC News reports. The ocean floor is particularly rich in coral, sponges, and fish nurseries, World Wildlife Fund told CBC, and the protection order was “part of the Liberal government’s effort to designate 10% of Canada’s coasts and waters as marine-protected areas.”

Now, “we are struggling to understand why Fisheries and Oceans Canada would create a refuge for wildlife in December 2017, only for the Ministry of Natural Resources to sign off on developing oil and gas extraction there four months later,” said WWF Canada President and former Halifax MP Megan Leslie.

When the marine refuge was announced, Fish, Food, and Allied Workers President Keith Sullivan warned [2] that oil and gas and seismic activity would still be permitted in the area. Four months later, the Canada-Newfoundland and Labrador Offshore Petroleum Board (C-NLOPB) has opened bids for exploration and production licences.

“We cannot ask fish harvesters to accept the closure of an area to fishing activity in the name of conservation while continuing to allow oil and gas exploration in that same area,” Sullivan now says.

The tender call also drew condemnation from the Halifax-based Ecology Action Centre, which worked closely with fish harvesters and conservation groups to craft a protection plan that all parties could accept. “We have generally supported the efforts of DFO to close areas to all bottom fishing through the more efficient mechanism of the Fisheries Act,” said Marine Conservation Coordinator Susanna Fuller. “However, we have also been strongly advocating for no industrial activity in any areas that are going to be counted towards protection targets.”

Federal Fisheries Minister Dominic LeBlanc said he would “carefully scrutinize any activities in a marine refuge that could potentially cause harm to fish or fish habitat,” CBC reports. In an email last week, “the C-NLOPB said it is committed to the protection of environmentally significant and sensitive areas,” indicating that “it will impose restrictions or measures to mitigate against harm in the approval process for oil and gas activities.”