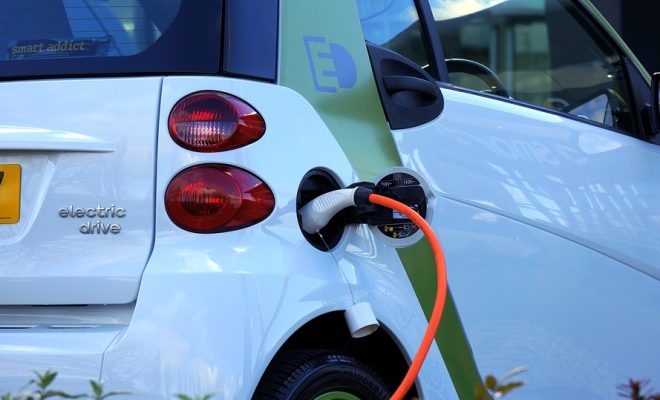 General Motors CEO Mary Barra earned kudos from clean energy publication CleanTechnica last week, after countering claims during the CERAWeek oil and gas conference that the transition to electric vehicles will be slow and gradual.

The comment was an antidote to the possibly wild [2] claim by Volkswagen Group CEO Matthias Müller that drivers will learn to love diesel vehicles again, and to Saudi Aramco CEO Amin Nasser’s view that the EV transition will take “generations”. Barra reported that GM plans to boost production of its Chevy Bolt EV, though she didn’t release sales targets, and invited conference participants to help build a more robust EV charging infrastructure across North America.

“You’ve got to have good consumer confidence that they’re going to be able to drive their vehicles, and it’s going to support their daily lives and their hectic life,” she said. “We see a role in investing, in partnering, and making sure that that customer need is fulfilled.”

Barra called for an extension of U.S. federal electric vehicle incentives beyond the current threshold of 200,000 cars per manufacturer, as well as consistent fuel economy and emissions standards across the 50 states. In a separate report [3], CleanTechnica picks up on rumours that GM is planning to cut the cost of the Bolt to about US$30,000 once the tax credit is no longer available—but wants the credit extended to allow more time for battery costs to fall.

“GM has sold more than 160,000 plug-in and full-electric vehicles eligible for the credit,” according to a Reuters report cited by CleanTechnica. “The $7,500 consumer tax credit phases out over a 12-month-period soon after an automaker hits the 200,000 mark, and the largest U.S. automaker is expected to hit the mark later this year.”

In Europe, meanwhile, Nissan and German utility E.ON are planning to deploy vehicle-to-grid (V2G) technology that will allow EV users to power their cars for free, Renewable Energy World reports [4].

“We’re on a mission to break down every barrier to EV ownership. This exciting partnership with E.ON is another step on that journey,” said Nissan Europe Chair Paul Willcox. “Our goal is for Nissan to be recognized as the go-to automotive partner for energy services, with the ultimate ambition to provide free electricity for our EV customers.”

cienciaeclima.com.br – the great impact on the industry is due to the driveless technology. Will it emerge already as eletric or will it be based on the combuston engine?