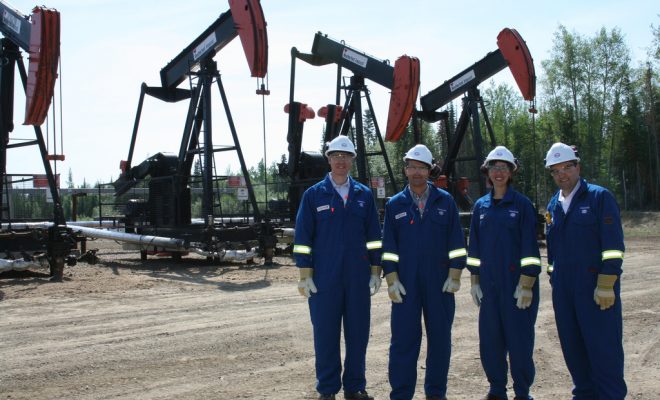 Thousands of fossil industry jobs in Alberta are gone forever, even if oil prices ever return to $100 per barrel, and the shift has nothing to do with the province’s never-ending quest for a pipeline to tidewater, a leading government economist admitted this week.

“I’ve learned as an economist to never say ‘Never,’ but even if it were to come back, because of the use of better technology and innovation, the energy sector will not need as many people going forward,” ATB Financial Chief Economist Todd Hirsch told CBC Radio’s Edmonton AM.

“From an economic perspective that’s actually a good thing, that they are making better use of technology to be more efficient, but the downside is that it does mean fewer jobs in the energy sector,” he added. “It does mean a chance for better diversity in the Alberta economy.”

CBC notes that the “calamitous drop in oil prices in 2015” forced the oilpatch to cut labour costs. The result is that “technological advances, the growth of automation, robotics, and other labour-saving efficiencies will ensure some jobs remain obsolete even after a full rebound.”

But the loss in one sector could create big opportunities in other parts of the Alberta economy.

“After staggering layoffs in the energy industry, the private sector has a deeper talent pool and has been able to hire skilled workers ‘without backing up the money truck,’” CBC reports, citing Hirsch’s interview. “Job losses in the energy sector are allowing other sectors such as financial services, agriculture, tourism, and tech to address chronic skill shortages.”

“Back in 2013-2014, when oil was at $100 a barrel, it was pretty difficult to do that,” Hirsch said. “When energy prices are high, things are booming, but the energy sector turns into a bit of a black hole that sucks everything into its own gravity, and it leaves other sectors sort of scrambling to compete.”

With oil holding around $60 per barrel since December, CBC says Alberta added 90,000 full-time jobs over the 12 months ending in January, while losing 43,000 part-time positions.

“If you just look at that number, the job creation number, it is encouraging, but the composition of the labour market has changed,” Hirsch said. “Consumer confidence is not as strong because people are making less money. And job prospects, they’re still there, but they’re at lower-paying opportunities.”