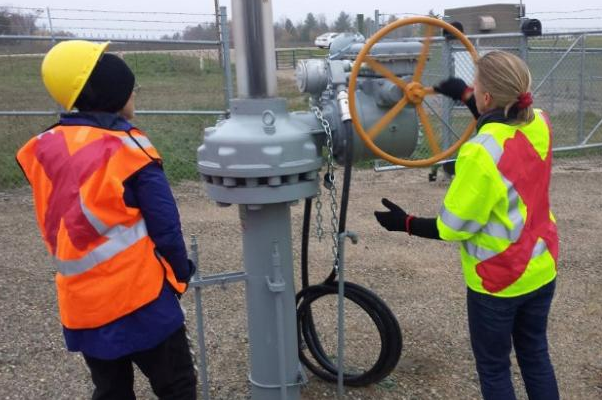 Nearly 60% of the 338 U.S. natural gas stakeholders responding to a recent industry survey said their projects encountered “at least one type of project impediment from pipeline foes,” Rigzone reports, citing a release by the Black & Veatch engineering, procurement, and construction firm.

“Activist groups have become more involved in every step of the federal, state, and local pipeline approval process,” said management consultant Denny Yeung. “The evolving use of social media platforms by activist groups to quickly organize and mobilize has allowed them to take a more active role at different stakeholder and landowner meetings for proposed pipeline projects.”

Yeung said fossils have responded to community pushback by stepping up their own public communications and advocacy efforts. “Infrastructure developers are more proactive in developing grassroots-level support for their projects on a local, state, and federal level,” he said, citing the Atlantic Coast and Atlantic Sunshine pipelines as examples. “They have recognized the need to start the advocacy and communication process earlier than before and get ahead of the opposition in regard to communicating the benefits, costs, and risks of a project.”

Project developers “are also more active in investing in local communities and causes that have the greatest local impact,” he added. “Local support across each community along the right-of-way is considered a critical step that may have been overlooked in the past.”

Yeung acknowledged that the focus of gas pipeline protests has moved beyond concern about individual projects. “It’s not just a pipeline issue. It’s an industry-wide issue that impacts the entire natural gas value chain,” he said. As a result, “advocacy, communication, and education are part of every major industry conference agenda where participants are discussing best practices for outreach and project execution.”