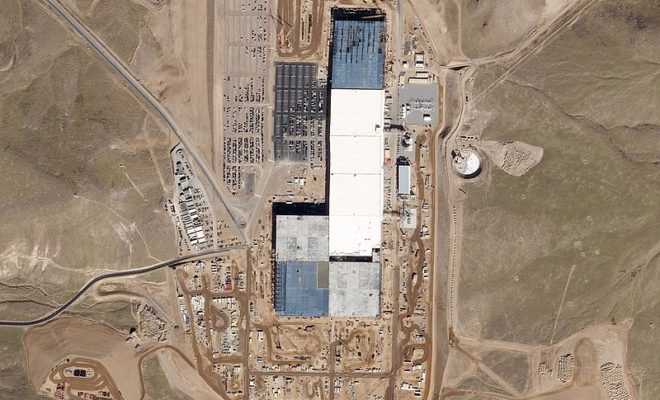 Just a month after taking delivery of the world’s biggest lithium-ion battery installation from Tesla, grid officials in South Australia are crediting the system with record response times after it successfully smoothed out two major power outages over a three-week period in December.

Tesla founder Elon Musk had famously promised [1] to deliver a 100-megawatt-hour emergency backup system within 100 days or supply it for free, after severe storms caused blackouts affecting 1.7 million South Australians and Prime Minister Malcolm Turnbull wrongly blamed the incident on the state’s rapid adoption of solar and wind generation. “Tesla will get the system installed and working 100 days from contract signature or it is free,” Musk tweeted last year, in a March 10 conversation with Australian tech billionaire Mike Cannon-Brookes. “That serious enough for you?”

“You’re on, mate,” Cannon-Brookes replied. “Give me 7 days to try sort out politics & funding. DM me a quote for approx 100MW cost—mates rates!”

Tesla completed [3] the 100 MW/129 MWh system on time in November, despite grumbling [4] that Musk’s high-stakes offer had diverted production from the company’s electric vehicle and stationary battery production lines. The finished product arrived just in time, as Australia’s summer season began to test the resilience of the country’s coal-dependent power grid.

“In the past three weeks alone, the Hornsdale Power Reserve has smoothed out at least two major energy outages, responding even more quickly than the coal-fired backups that were supposed to provide emergency power,” the Washington Post wrote December 26.

“Tesla’s battery last week kicked in just 0.14 seconds after one of Australia’s biggest plants, the Loy Yang facility in the neighbouring state of Victoria, suffered a sudden, unexplained drop in output,” the paper stated, citing a report in the International Business Times. “And the week before that, another failure at Loy Yang prompted the Hornsdale battery to respond in as little as four seconds—or less, according to some estimates—beating other plants to the punch.”

By comparison, a traditional power turbine takes up to 10 minutes a ramp up—a crucial difference for a grid on the brink of collapse.

The battery collects off-peak electricity from the nearby Hornsdale wind farm, sufficient to supply short-term power for 30,000 Australian homes, the Post noted. While the system isn’t designed as a long-term supply source, it can stabilize a renewable energy-based grid when the sun isn’t shining or the wind isn’t blowing—and deliver the same kind of resilience for a mixed or fossil-based system during periods of peak demand.

“When you think about energy storage, it’s not a [power] generation resource,” said Stephen Coughlin, vice president of energy storage platforms at the Arlington, Virginia-based AES Corporation. “What it’s really doing is providing a much-needed injection of reliability and resiliency into the network overall.”