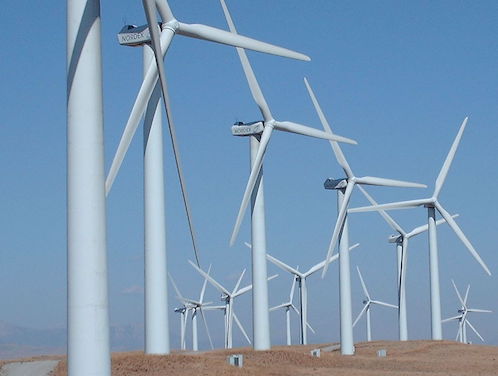 At a mind-bending 3.7¢ per kilowatt-hour, prices offered in Alberta’s first competitive auction for wind power were so low the province increased its total procurement target by half—and still came in under budget, according to a government statement this week.

The province accepted three bids from among 29 offers of supply for a total of 600 megawatts of wind generation, 50% more than the 400 MW it had initially sought. Edmonton-based Capital Power will supply 201 MW, Portugal’s EDP Renewables another 248 MW, and Italian-owned Enel Green Power Canada 146 MW. The weighted average price of the power across all the bids came in at 3.7¢ per kilowatt-hour—less than half the 8.5¢ bid last year in Ontario.

“Naysayers predicted the price for this renewable energy would probably come in high, above eight cents a kilowatt-hour,” Alberta’s Premier Rachel Notley observed. Instead, “our process was so competitive and so many companies wanted to invest, we got a 20-year price of 3.7¢ a kilowatt-hour.”

“The Alberta prices are the lowest ever recorded in Canada [for wind power] and are among the lowest prices in North America and around the world,” according [2] to a provincial release.

Robert Hornung, president of the Canadian Wind Energy Association, confirmed that claim in an interview with CBC News. He said the cost of wind power has fallen by two-thirds over the past eight years, to the point that it can now compete successfully even with natural gas-fired generation.

“That’s a product of technological change, larger turbines, lighter materials,” Hornung said. “It’s also a product of improved financing. You have a lot more people who want to invest in wind now, who don’t see it as risky… and in this particular case, Alberta does have a very good wind resource.”

The auction results are “a good example of how a competitive process coupled with good policy design can result in cheap clean energy,” said the Pembina Institute’s Binnu Jeyakumar.

“Alberta’s first competitive procurement process for renewables shows that they are the most economic source of electricity for the province moving forward,” Jeyakumar added. “It’s a smart and responsible choice to increase their deployment in Alberta.”

The province’s Climate Leadership Plan calls for the development of 5,000 MW of renewable generation by 2030, enough to supply 30% of its electricity needs. The government predicted in its statement that the buildout will “attract at least $10 billion of investment into the Alberta economy and create more than 7,000 jobs.”

That’s Canadian dollars too! So it works out to be 2.9 cents US! With no subsidies!