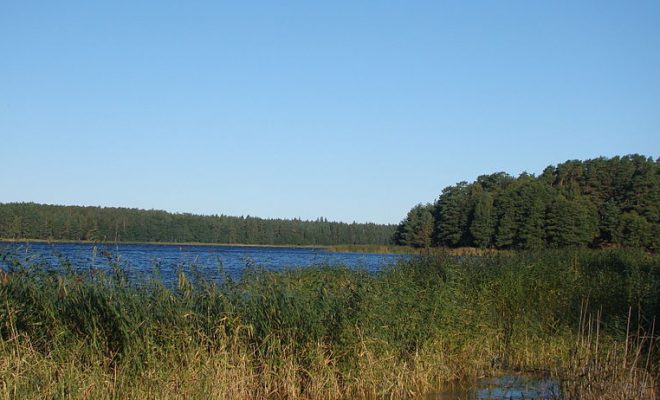 “Nord Stream 2 is a useless and harmful investment by companies that [seek] to force dependency on fossil fuels at any cost,” said [1] Greenpeace Poland Director Robert Cyglicki. A release from environmental lawyers at ClientEarth noted that if the EU adopted a 40% carbon reduction target, it would reduce its natural gas imports 13% by 2030 and 27% by 2050. Adopting strong renewable energy and energy efficiency targets would cut gas imports 54% by 2050.

More immediately, “building the pipeline through the reserve is completely illegal—but gas lobbyists have successfully managed to skirt the regulations,” Avaaz writes. “Now, Gazprom is battling to change the protected status of the whole reserve, so they could begin to bulldoze through four kilometres of forest.”

At an environmental assessment hearing in June, Greenpeace and ClientEarth said Nord Stream 2 would pass near Natura 2000 [3] conservation sites in eight countries and violate European Union rules on air quality, climate change, and habitat conservation. “According to the EU’s Habitats Directive, every new investment in the vicinity of a Natura 2000 site, which may have a significant impact on that site, must be subjected to adequate assessment,” said ClientEarth Senior Lawyer Marcin Stoczkiewicz.

“The Environmental Impact Assessment for the Nord Stream 2 project doesn’t provide for a reliable impact assessment on Baltic Sea flora and fauna,” he added. “For that reason, we are calling on the Finnish authorities to refuse to issue an environmental permit. All other EU member states should do likewise.”

Politico also points [4] to the political clout the Putin government creates by exporting natural gas to other EU countries.

“As the world’s second-largest producer of natural gas, Russia actually has leverage over its European customers by threatening to cut off gas supplies, and it’s using this power to foster discord among European countries,” the U.S. publication reports. Nord Stream 2 “could dramatically increase that leverage, potentially raising its share of Germany’s gas market to above 50%.”

Avaaz says the petition could have an impact, since Gazprom “is weary of a major scandal and public pressure will dissuade them.” That means “the era of being untouchable is over—criticized inside the country and abroad, the company cannot afford another fiasco.”