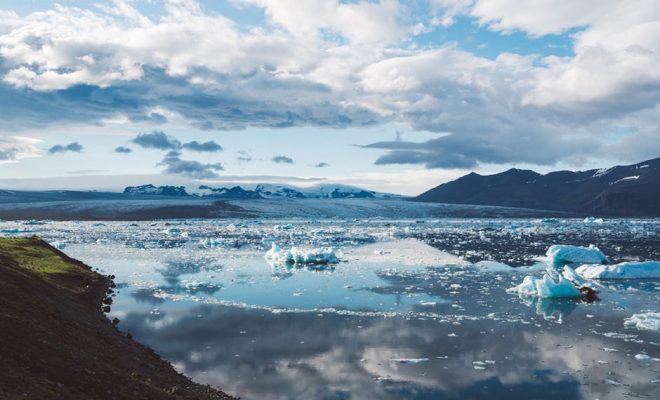 A blockbuster feature article in New York magazine, detailing the devastation ahead unless humanity averts the worst effects of climate change, is triggering a secondary discussion on how to confront the toughest challenge facing humanity while sustaining the hope needed to keep on with the job.

“It is, I promise, worse than you think,” begins [1] New York Literary Editor David Wallace-Wells, in a post that hit online networks Sunday evening. “If your anxiety about global warming is dominated by fears of sea level rise, you are barely scratching the surface of what terrors are possible, even within the lifetime of a teenager today.”

While “the swelling seas—and the cities they will drown—have so dominated the picture of global warming, and so overwhelmed our capacity for climate panic,” he writes, “they have occluded our perception of other threats, many much closer at hand. Rising oceans are bad, in fact very bad; but fleeing the coastline will not be enough.” Because “absent a significant adjustment to how billions of humans conduct their lives, parts of the Earth will likely become close to uninhabitable, and other parts horrifically inhospitable, as soon as the end of this century.”

Wallace-Wells inventories a series of reasons for the “failure of imagination” that prevents humanity from comprehending the scope of the climate crisis, and it’s a necessarily long-winded list: “The timid language of scientific probabilities, which the climatologist James Hansen once called ‘scientific reticence’ in a paper chastising scientists for editing their own observations so conscientiously that they failed to communicate how dire the threat really was; the fact that the country is dominated by a group of technocrats who believe any problem can be solved and an opposing culture that doesn’t even see warming as a problem worth addressing; the way that climate denialism has made scientists even more cautious in offering speculative warnings; the simple speed of change and, also, its slowness, such that we are only seeing effects now of warming from decades past; our uncertainty about uncertainty, which the climate writer Naomi Oreskes in particular has suggested stops us from preparing as though anything worse than a median outcome were even possible; the way we assume climate change will hit hardest elsewhere, not everywhere; the smallness (two degrees) and largeness (1.8 trillion tons) and abstractness (400 parts per million) of the numbers; the discomfort of considering a problem that is very difficult, if not impossible, to solve; the altogether incomprehensible scale of that problem, which amounts to the prospect of our own annihilation; simple fear. But aversion arising from fear is a form of denial, too.”

His conclusion, based on conversation with some of the most eminent scientists in the field: “No plausible program of emissions reductions alone can prevent climate disaster.”

But in introducing his assessment of what could be ahead, Wallace-Wells still clarifies that his report “is not a series of predictions of what will happen—that will be determined in large part by the much-less-certain science of human response. Instead, it is a portrait of our best understanding of where the planet is heading absent aggressive action.” And that’s one point of departure for the critiques that have been circulating since the post first appeared.

Wallace-Wells’ report certainly is certainly getting the circulation he wanted. “According to CrowdTangle, a platform that tracks social media traffic, the story has been shared on Facebook over 132,000 times, reaching the timelines of over 50 million people and the homepage of Reddit,” philly.com [3] reports [4]. It has also triggered a mixed reaction from veteran climate scientists and activists.

On Facebook, famed Penn State climate scientist Michael Mann takes issue [5] Wallace-Wells’ “doomist” framing. “It is important to be up front about the risks of unmitigated climate change, and I frequently criticize those who understate the risks,” he writes. “But there is also a danger in overstating the science in a way that presents the problem as unsolvable, and feeds a sense of doom, inevitability, and hopelessness.”

Mann points to specific spots where the article overstates the science, stressing that “the evidence that climate change is a serious problem that we must contend with now, is overwhelming on its own. There is no need to overstate the evidence, particularly when it feeds a paralyzing narrative.”

On Grist, meteorologist Eric Holthaus agrees [6] that “nearly everyone on the planet underestimates the seriousness of climate change,” but describes the article as “pure nightmare fuel. It mixes fantasy and reality to produce an outcome that is even more terrifying than we could have ever lucidly imagined.”

Holthaus says Wallace-Wells told him the purpose of the piece was to spur readers to action. “The problem is, if you’re trying to motivate people, scaring the shit out of them is a really bad strategy,” Holthaus replies. “Time [7] and time [8] and time [9] again, psychology researchers have found that trying to scare people into action usually backfires. Presented with the idea that the planet that gives us life might be dying, parts of our brain shut down. We are unable to think logically.” The “more difficult response” to the “daunting data” of climate science “is to recognize how scary it all is, talk through it (I went to a counsellor), and choose hope. When the view is dark, hope is a radical choice.”

On Medium, Climate Progress founding editor Joe Romm argues [10] that there’s nothing inevitable about the doomsday trends in the article. “If there is one critique of the NY Magazine piece that sticks, it is that Wallace-Wells fails to explain clearly that we are not doomed,” he writes. “We are simply choosing to be doomed,” by failing to adopt the fast, economy-wide transformation that would accelerate a “game-changing, unstoppable clean energy revolution.”

But the pushback has generated pushback of its own, with Vox climate specialist David Roberts defending [11] the overall accuracy of Wallace-Wells’ post and arguing the value of content that reminds us of what will happen if we don’t move farther, faster in response to climate change.

“As many people have noted, we probably won’t keep on as-is, which makes the worst-case unlikely. But Wallace-Wells is not predicting it will happen,” Roberts writes. “He’s merely describing what could happen if we cease to act, which no one wants…except one of the two major political parties in the world’s most powerful country, including the man in charge of the executive branch and military.”

There’s lots of research out there on how to talk to different audiences, including the mythical “average” reader, about climate change, Roberts notes. But the bottom line is still that “most people simply have no idea how scary climate change is. However that terrible urgency is communicated, the world is better for it,” he writes.

Veteran Canadian climate hawk Tzeporah Berman took to her own Facebook page [12] to agree with Roberts.

And then, she adds, “we should act. We should be thankful that we have technologies today, at scale, that can provide solutions. And the next time someone argues that ‘we have a right to continue to produce fossil fuels indefinitely’, ‘other countries’ emissions are bigger [so] we aren’t really the problem’, ‘the markets will take care of it’, ‘it’s too expensive’—we should remember that feeling of being gut punched we got from reading that scary article, and roll up our sleeves.”

I keep hoping to see a discussion about the amazing progress we are making, and how much easier it will be to solve climate change if we stop fretting about the science and move ahead with the solutions.

The United States eliminated about 3% of its electric sector fossil fuel use in 2016 alone, with efficiency, wind and solar. If wind and solar keep on growing at the current rate we are likely to be cutting fossil fuel generation by more than 6% per year. This includes likely retirements of nuclear power and some increase in the share of generation from coal due to higher natural gas prices – although the best way to keep natural gas cheap is with efficiency, wind and solar.

In the last four years wind and solar have become cheaper than the price point at which coal and natural gas face off. The industry hasn’t really responded to this, although both technologies continue to grow fast.

A 100% carbon free electric grid is feasible in less than 15 years – without increasing the cost of electricity as much as trying to stick with fossil and nuclear would require – possibly without increasing the cost at all, but there are other factors we can’t predict. If we continue to build clean generation after that, we build all the infrastructure we need for electric vehicles, electrification of building space and water heating (or solar water heating with electric backup), and a host of industrial processes – all making carbon cuts outside of today’s electric sector.

This is the fastest and most secure path to any sort of future, including any carbon solution. We are doing it, but we are still fighting ourselves by erecting roadblocks to clean energy which makes good economic sense.

Let’s discuss this. Then we can go on wondering forever whether we had a close brush with planetary extinction.

The most significant thing we could do to slow down the inevitable armageddon is halt warmongering imperialism, especially from The USA is terrorist nation #1.
All the rest is a diversion.