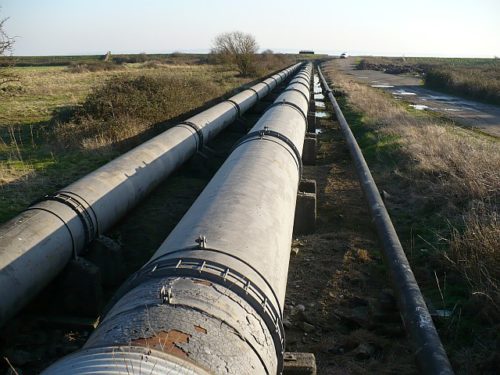 While German Chancellor Angela Merkel leads her country through a renewable energy transition and pushes G20 leaders toward a firm position on the Paris agreement, she’s also promoting the US$10-billion Nord Stream 2 pipeline expansion to carry a higher volume of imported natural gas from Siberia.

“The project, led by Russia’s state-run Gazprom PJSC, is intended to bolster German confidence that it has enough gas to underpin an unprecedented transition from coal and nuclear plants, which are being closed, to a future dominated by renewable energy,” Bloomberg reports.

Merkel and Gazprom are pushing ahead with the project despite concerns that Germany may never need the additional gas supply. Energy analysts Wood Mackenzie see gas demand peaking in 2025, as the country pushes to produce 80% of its electricity from renewables by 2050.

Meanwhile, nearly 160 nearby residents have filed objections to the proposal, local approval is still pending, and Germany’s EU allies are concerned that the imports will increase the continent’s dependence on energy from an “increasingly antagonistic” supplier, Bloomberg notes. The plan also runs counter to U.S. congressional efforts to toughen economic sanctions on the Putin government.

The community pushback matters, because “Germany’s approval procedures mean that infrastructure projects can be delayed by local opposition,” write reporters Weixin Zha and Anna Shiryaevskaya. All the while, “time is running out for Merkel to help Germany meet its 2020 climate goals. Despite the transition [2] known as the Energiewende [3], the country is at risk of missing its target to reduce carbon emissions by 40% from 1990 levels.”

That target notwithstanding, Germany is currently Europe’s biggest natural gas user, it gets 40% of its supply from Russia, and “there are not many other places apart from Russia where Germany can get a lot of gas quickly,” said Jonathan Stern, chair and senior research fellow at the Oxford Institute’s Natural Gas Research Programme. The proposed new route is also 40% cheaper than transporting gas via Ukraine, Wood Mackenzie analyst Gergely Molnar told Bloomberg.