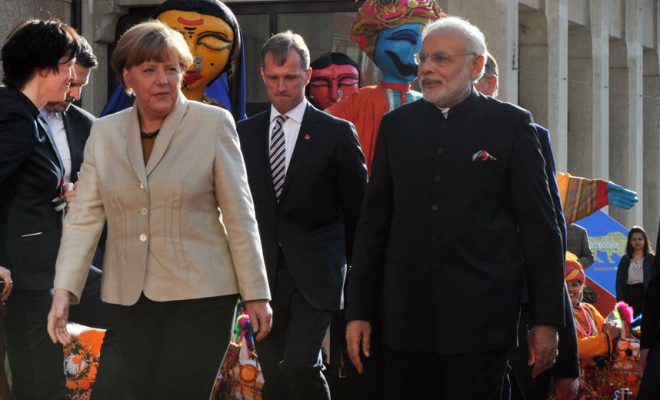 Before Donald Trump had even confirmed his decision to pull the United States out of the Paris agreement, China and the European Union were already laying plans for “a green alliance to combat climate change and counteract any retreat from international action” by the new U.S. administration, the Financial Times reported Wednesday.

“In a stark realignment of forces, documents seen by the Financial Times show that Beijing and Brussels have agreed to measures to accelerate what they call the ‘irreversible’ shift away from fossil fuels and the ‘historic achievement’ of the Paris climate accord,” the FT states. The joint statement says the countries are “determined to forge ahead” with the drive to “lead the energy transition” toward decarbonization.

The collaboration “is to be revealed on Friday at a summit of EU leaders with China’s Premier Li Keqiang,” following a tense G7 summit [2] in Sicily where Trump refused to back a consensus statement on cooperative climate action.

After that meeting, German Chancellor Angela Merkel mused that Europe could no longer “fully count on others”, and would have to “fight for our own future ourselves”.

The background brief [3] for the summit, scheduled for June 1-2 in Brussels, lists climate change and implementation of the Paris agreement under a broader category of global challenges. “At the end of the meeting, leaders are expected to adopt a joint summit statement and a separate statement on climate change and clean energy,” it indicates.

While India isn’t represented at the Brussels meeting, Prime Minister Narendra Modi was in Berlin Wednesday for a meeting with Merkel, where he said [4] it would be “morally criminal” not to act on climate change. “We do not have the right to despoil the environment for future generations,” he added, during a joint news conference with the German chancellor.