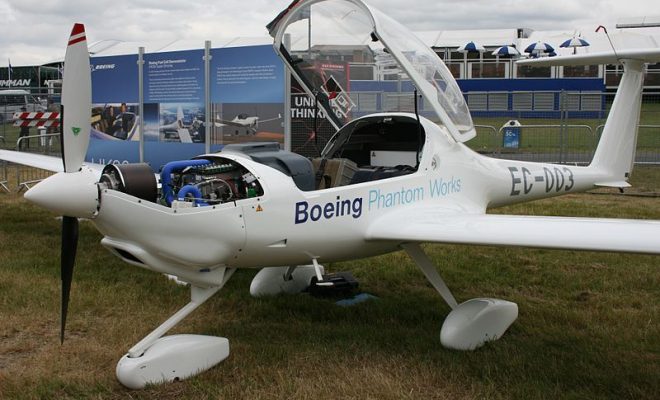 A U.S. start-up reportedly backed by Boeing and JetBlue’s “technology investing arm” is taking on Europe’s Airbus and Siemens to be first in the air with an electric hybrid aircraft for commercial service.

Zunum Aero, a Seattle-based start-up that claims investment from Boeing and JetBlue Technology Ventures, intends to “build an electric hybrid aircraft in the early 2020s, and its first prototype within the next two years,” Greentech Media reports, with plans to “target shorter hauls, like Silicon Valley to Los Angeles, or Boston to Washington, DC.” With the price of batteries continuing to fall, Zunum co-founder and CEO Ashish Kumar “thinks the hybrid electric planes will eventually be able to make those types of trips with 40 to 80% lower operating costs, and in half the time.”

Zunum’s European rivals in the race to electrify air travel are pursuing a similar timeline, but have already flown. Siemens and Airbus say they hope to demonstrate the feasibility [2] of electric-hybrid power systems for commercial air travel as soon as 2020. Last year, Siemens announced that a single-seater test craft had made at least two flight [3]s equipped with an electric motor.

Frank Anton, head of eAircraft at Siemens, boasted then that “by 2030, we expect to see initial [hybrid-electric] aircraft with up to 100 passengers and a range of around 1,000 kilometres.”