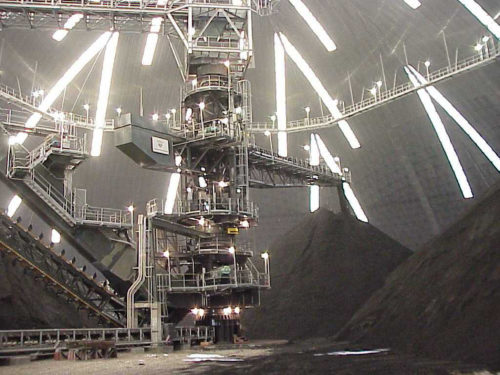 If utilities keep shutting down existing coal plants and cancelling new ones at the pace they set in 2016, it could be enough to keep humanity within reach of a long-term global warming target below 2°C, according to Boom and Bust 2017, a report this week by Coalswarm, Greenpeace, and the U.S. Sierra Club.

The news hits just as Moody’s Investors Service was reporting that affordable wind power could put another 56 gigawatts of United States coal generation out of business.

“A year ago, when there were 1,090 GW of projects in pre-construction planning and 338 GW in construction, prospects [for the long-term climate target] appeared dim,” Boom and Bust stated. “Now, in the wake of massive curtailment of the pre-construction pipeline and construction frozen at over 100 project sites, the odds have improved markedly.”

“It’s not normal to see construction frozen at scores of locations, but central authorities in China and bankers in India have come to recognize overbuilding of coal plants as a major waste of resources,” said Coalswarm Director Ted Nace. “However abrupt, the shift from fossil fuels to clean sources in the power sector is a positive one for health, climate security, and jobs. And by all indications, the shift is unstoppable.”

“The staggering uptick in clean energy and reduction in the new coal plant pipeline is even more proof that coal isn’t just bad for public health and the environment — it’s bad for the bottom line,” agreed Sierra Club senior campaigner Nicole Ghio. “Markets are demanding clean energy, and no amount of rhetoric from Donald Trump will be able to stop the fall of coal in the U.S. and across the globe.”

In relation to the under-2°C global warming target, “more progress is needed and the margin for error is tight,” the report stated. But according to Moody’s, the U.S. may be about to deliver the next boost, even as the Trump White House begins the process of gutting President Barack Obama’s signature Clean Power Plan. A team of analysts “examined approximately 87 gigawatts of existing coal-fired power capacity in 15 states with regulated markets in the Midwest and Great Plains regions,” Greentech Media reports. “They found a total of 56 gigawatts of coal capacity in the Great Plains facing stiff competition from wind generation.”

The report revealed average power purchase agreement prices of $20 per megawatt-hour for wind, compared to operating costs of $30 per MWh for most coal plants.

“These favourable economics for wind mean that more utilities may not only consider retiring coal plants early, they’re also adding significant amounts of wind to their rate base,” Greentech notes. “Renewable energy is getting so cheap that it is threatening to force gigawatts of coal plants into early retirement—even without Obama-era climate regulations.”