Middle East Could Soon Be 100% Renewable, But 100% Uninhabitable 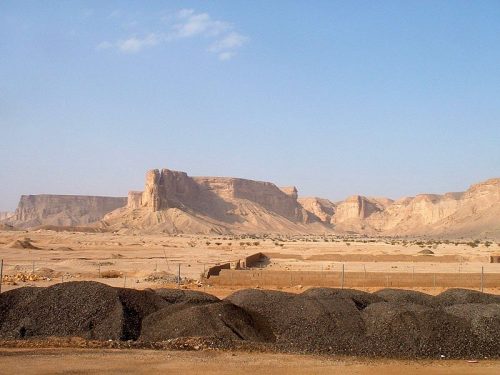 Two separate reports on the future of the Middle East suggest the region could someday soon be 100% renewable in its energy sources, and 100% uninhabitable due to climate change.

“The major oil-producing countries that call the Middle East and North Africa region home could make use of abundant renewable energy resources and transition to a fully renewable energy system in the coming decades,” CleanTechnica reports. But “new evidence is deepening scientific fears, advanced few years ago, that the Middle East and North Africa risk becoming uninhabitable in a few decades, as accessible fresh water has fallen by two-thirds over the past 40 years,” the Inter Press news service warns.

According to a study by Finland’s Lappeenranta University of Technology (LUT), Iran could complete a renewable energy transition by 2030, while the rest of the Middle East/North Africa (MENA) region “could make use of the abundant and various renewable energy resources available to them and develop a lucrative system in less than two decades,” writes CleanTechnica’s Joshua S. Hill. “In fact, the researchers determined that a fully renewable electricity system is approximately 50% to 60% cheaper than other emission-free energy options” across the region.

“The picture that emerges from the study is that the fossil fuel industry can transform its business to meet the COP21 target of a net zero emission energy system,” he added. “This requires fundamental change in how we think about carbon, but it could potentially open major new business opportunities.”

But if climate change continues unabated, Inter Press says there may be no one living in the Middle East to enjoy the change.

“The region’s fresh water resources are among the lowest in the world, and are expected to fall over 50% by 2050,” the news agency reports, citing the UN Food and Agriculture Organization. “Moreover, 90% of the total land in the region lies within arid, semi/arid and dry sub/humid areas, while 45% of the total agricultural area is exposed to salinity, soil nutrient depletion, and wind water erosion.” Agriculture consumes about 85% of the water available in the region, more than 60% of which “flows from outside national and regional boundaries.”

Inter Press cites several recent studies on the Middle East climate crisis, including an MIT report that predicted a high enough heat index to make the region uninhabitable by 2100 unless climate change is brought under control.