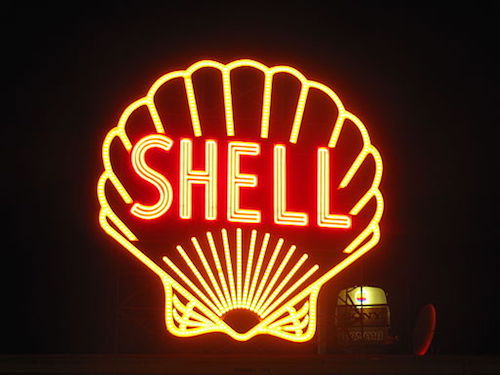 Royal Dutch Shell announced yesterday that it will sell off almost all its holdings in the Alberta tar sands/oil sands for US$7.25 billion, becoming the third major fossil in recent weeks and the fourth in three months to scale back their bitumen operations.

“All of the company’s oil sands interests apart from a 10% stake in the Athabasca mining project will be sold to Canadian Natural Resources Ltd.,” Bloomberg reports. The company will continue operating one heavy oil upgrading plant, as well as the Quest carbon capture and storage project.

The deal is a part of a wider effort by Shell to offload US$30 billion in investments after its blockbuster purchase of BG Group Plc in 2015.

“The sale marks another step toward [CEO Ben] Van Beurden’s goal of preparing Shell for a world of lower oil prices and tighter restrictions on carbon emissions,” the news agency states. Alberta’s tar sands/oil sands “lured investors in the past decade as the surge in crude prices above $100 made the difficult extraction process economic. They’ve since fallen out of favour amid a two-year price slump.”

A separate Bloomberg report, carried by the Financial Post, indicates Canadian Natural Resources Ltd. will pay C$12.7 billion to buy tar sands/assets properties from Shell and Marathon Oil Corporation. CNRL President Steve Laut declared that “this transformational acquisition strengthens our robustness and sustainability,” adding that “by any measure, these are world-class assets.” But Bloomberg notes the deal was unveiled on a day when the benchmark price of West Texas Intermediate crude fell back below US$50 per barrel.

“As some producers shift capital away from Northern Alberta toward lower-cost, quicker-return resources such as U.S. shale, Canadian companies without the same global reach are staying put and filling the void.”

Greenpeace Canada Senior Energy Strategist Keith Stewart said Shell “is reading the writing on the wall, and Canadian politicians would be wise to take note: There isn’t much of a future for bitumen in a low-carbon world. Fortunately, Canada can be a green energy leader, and the sooner we get on with it, the less disruption we’ll see to our economy and communities.”

Greenpeace spokesperson Ben Ayliffe added that “this news shouldn’t really surprise anyone—not only is producing oil from the tar sands highly polluting, it’s also extremely expensive, and Shell’s Canadian projects were always going to be on the wrong end of the cost curve.

“Despite being warned that the tar sands made no sense as far back as 2010, Shell continued to throw good money at bad investments, only to finally admit they’re not viable after all.”

The federal Conservative Party’s deputy natural resources critic, Shannon Stubbs, said Shell’s pullout “speaks to the cost factors that are being exacerbated by bad public policy and bad regulations at both provincial and federal levels of government, which is driving away investment.” But Shell Canada President Michael Crothers stated that the “pipeline situation didn’t play into our thinking at all. We believe that we will have adequate pipeline capacity. This was a decision based on, as I said earlier, on our strategy around simplifying the portfolio, focusing in on parts of the business where we thought we could reach globally competitive scale.”

On a conference call from Houston, where he was attending the CERAWeek conference, Natural Resources Minister Jim Carr “sought to boost investor confidence in the oilsands,” iPolitics reports. “Shell said…their reasons were motivated by internal business concerns and not by public policy in Canada, not by competitiveness, not by regulation,” Carr told reporters. “We know that our oilsands are the third-largest oil resource in the world. The deal is evidence of the oilsands’ ongoing value to investors, and we’re very pleased that Canadian Natural Resources has stepped in.