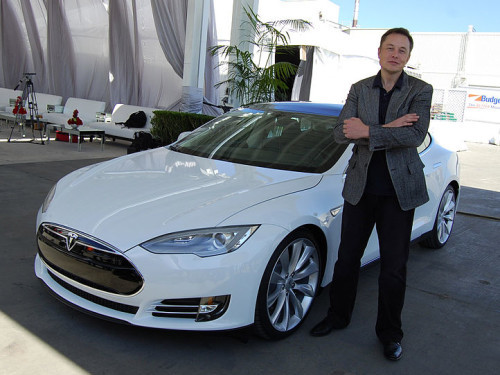 A Tesla owner who sacrificed his car to save another driver got an unexpected surprise last week, when Tesla Motors founder and CEO Elon Musk said the company would cover the repair costs for the vehicle and expedite the work.

“41-year-old Manfred Kick was driving his Tesla Model S when he noticed a man in a Volkswagen driving erratically on the Autobahn near Munich, Germany,” Mashable reports. “When Kick realized the man was unconscious, he pulled in front of the Volkswagen and slowly braked until both cars came to a stop.”

Kick administered first aid while onlookers called emergency services. “The man, who appeared to have suffered a stroke, was taken to the hospital and is stable,” Mashable notes, citing German police.

“Congrats to the Tesla owner who sacrificed damage to his own car to bring a car with an unconscious driver safely to a stop!” Musk tweeted. “In appreciation, Tesla is providing all repair costs free of charge and expedited.”