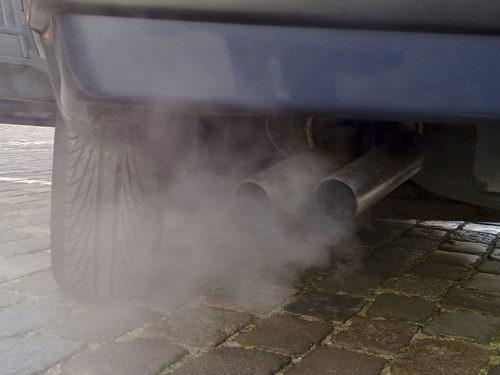 The diesel-powered cars that account for every second automobile on European roads could be on their way to vanishing in as little as a decade, Berlin-based industry columnist Chris Bryant writes in Bloomberg delivering a huge new boost to the continent’s adoption of electric vehicles.

“Diesels make up about half of Europe’s car sales,” Bryant writes. “In 10 years’ time, I’d wager the percentage will be far closer to zero, and that diesel’s demise is going to cost the autos industry billions.”

Weighing the technology down is the spreading taint of scandal as it is revealed that virtually every maker of diesel cars has been fudging its emissions—not just Volkswagen, which has so far paid out some US$23 billion for its actions. But a further downside comes from an inherent feature of diesel engines, Bryant observes: “Diesel emits less carbon dioxide, which causes climate change, but more nitrogen oxides, which can do nasty things to your lungs.” The European Union blames NOx for some 75,000 early deaths every year.

Britain, Bryant notes, is considering incentives to scrap diesels, “the latest in a succession of European measures which could see diesel cars barred from cities, their fuel incentives removed, and parking made more expensive.”

Under the succession of reputational blows, he concludes, “diesel is becoming stigmatized: sales have started to decline in the UK and Germany, albeit slowly.” And Bryant expects the slide to become a plunge. “That’s because resale values could fall if cities start banning polluting vehicles. That’s not just a problem for customers. The carmakers could lose, too.

He explains that “nowadays, many drivers lease their cars. That means it’s up to the finance company (typically a subsidiary of the carmaker) to find another buyer when the customer trades in the vehicle after three years. In other words, some automakers are carrying billions of Euros of diesel vehicles on their balance sheets whose value could fall much more than anticipated. BMW is particularly exposed.”

At least one automaker, Renault, is reported to have already removed diesel engines as an option on smaller models, and to be planning to phase them out from heavier models by 2020.

Carmakers that try to make up for falling diesel sales by pushing more gasoline motors will run afoul of carbon dioxide emission targets, potentially facing billions of Euros in fines by 2021. “In other words, they’re stuck between a rock (NOx) and a hard place (CO2),” Bryant states.

“Selling more hybrid and electric vehicles would mitigate that, of course,” he suggests. But in any event, “there’s an argument that diesel is probably already beyond saving.”