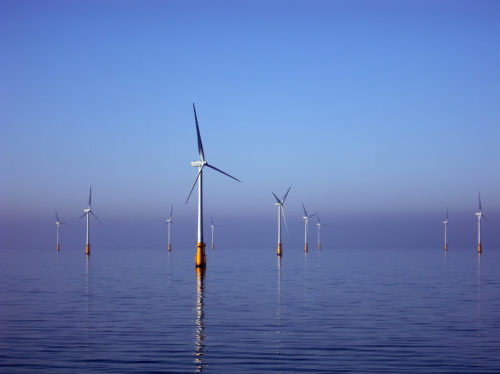 Offshore wind costs in the United Kingdom have fallen by nearly one-third in the last four years, enough to help fill a looming supply gap as antiquated nuclear and coal-fired generation stations are shut down, according to a recent report from the country’s Offshore Wind Programme Board.

“Offshore wind farm costs fell to an average of £97 (US$120.82) per megawatt-hour (MWh) in the 2015-2016 financial year, from £142/MWh four years earlier,” the news agency notes. The price drop “puts the cost of offshore wind close to that of new nuclear plants, with the government contract awarded to France’s EDF for its Hinkley C reactor project in southwest England at 92.50£/MWh.”

“Thanks to the efforts of developers, the UK’s vigorous supply chain, and support from government, renewables costs are continuing to fall,” said Energy Minister Jesse Norman. “Offshore wind will continue to help the UK to meet its climate change commitments, as well as delivering jobs and growth across the country.”

While Norman cast offshore wind as an important part of the government’s new industrial strategy, the cost efficiencies were achieved with no recent thanks to the government itself, after “irrational” program cuts sent a “chilling signal” to investors and developers in 2015.