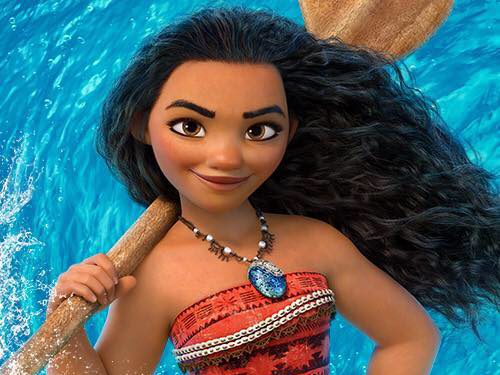 “Our protagonist, the teenage daughter of a Polynesian chief, lives on an island that’s slowly dying: the fish are gone, the crops are failing, and even the coconuts have mysteriously turned black,” reports Grist Assistant Managing Editor Kate Yoder.

“Moana then takes a jaunt to the United Nations to raise awareness of the need for meaningful climate action!” she writes. “No! This is Disney. She embarks on a seafaring mission to return a magical stone to its rightful place and defeat a giant lava demon, actions that will ostensibly restore the world to ecological balance.”

It might not be an evidence-based account of what it’ll take to stabilize the global climate, Yoder adds, but “frankly, we’ll take it.”